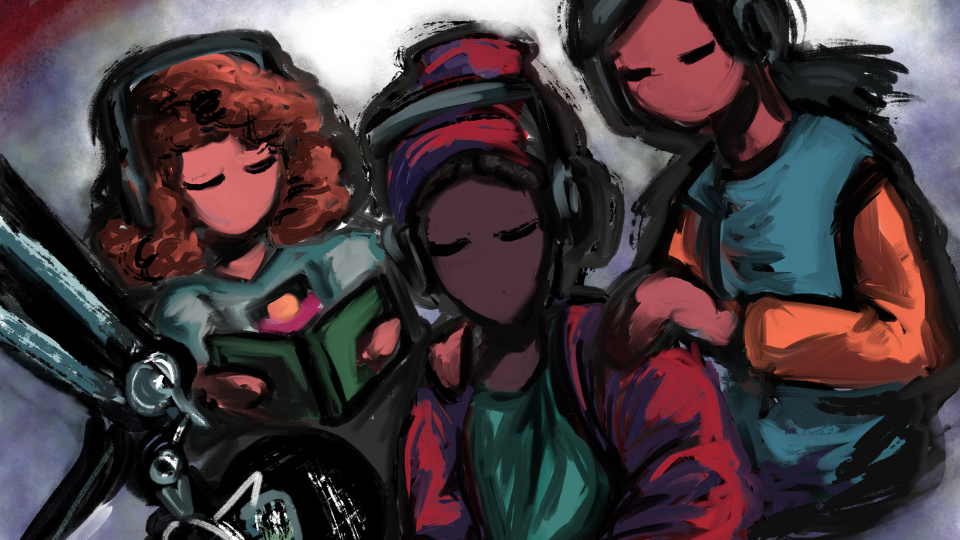 Women and gender queer broadcasters take to the airwaves bringing you 24 hours of programming dedicated to International Women's Day 2019. Tune in to hear about the ongoing struggle for gender equality, a cross section of issues, campaigns and activities, specialist music shows in many genres, as well as coverage of the IWD rally in the city.

Midnight – 2am Music and Poetry
Kick off IWD 2019 with women and gender diverse musicians and poets from around the world. Presented by Scheherazade Bloul.

2 – 3.30am Women’s Music and Current Affairs:  Revisiting critical conversations from 2018

Alison Gibbons, deputy Director of Amnesty Australia speaks to us about their role in working with kids at the Banksia Hill Detention Centre in WA and the campaign to end youth detention.  Listen here.

We commemorate 30 years since the first Fairlea Wring Out demonstration with community activists, academics and prison abolitionists Amanda George and Emma Russell. The first Wring Out Fairlea demonstration was organised by the Coalition Against Women's Imprisonment and took place at the former Fairlea women's prison in Melbourne on 26 June 1988. The Wring Out action was repeated three more times over the next eight years, bringing thousands of people to encircle Fairlea prison in protest and in solidarity with the women inside.
We’ll hear original broadcasts from 3CR's Women on the Line, which are part of the newly released podcast:  soundcloud.com/wringoutfairlea. Music: Fairlea Prison Blues, Nice Girls Don't Spit.  Listen here.

Goorie writer, Melissa Lucashenko, joins us to talk about her latest book, Too Much Lip. High energy and profoundly funny  - the book takes you on an intergenerational journey, set in the aboriginal underclass in country NSW.  Listen here.

4.30 - 5am The Radioactive Show: Tjiwarl Women Stand Strong for Country
For International Women’s Day, we hear from Vicky Abdullah, one of the three women from the Tjiwarl Native Title Group who took their decades long campaign to prevent extinction and to protect Aboriginal lands from uranium mining to the Supreme Court of Appeals this week. The Yeelirrie legal challenge is supported by the Conservation Council of Western Australia whose president, Carmen Lawrence, is also featured.  Listen to the podcast here.

5 - 5.30am Women on the Line: #NunsToo, Spiritual Abuse and the Fall of Cardinal Pell
Dr Kathleen McPhillips, a leader with the Interdisciplinary Trauma Research Network and the Vice-President of the Australian Association for the Study of Religion joins us to discuss the issues.  We also hear from Doris Wagner of #NunsToo and Virginia Saldanha, a leader and activist with the Ecclesia of Women in Asia on the dynamics of spiritual abuse.  Listen to the podcast here.

5.30 – 6am Accent of Women
Recordings from an International Women’s Day panel on family violence hosted by The Migrant Workers Centre.  Featuring Accent of Women’s Jiselle Hanna.  Listen to the podcast here.

6 – 7am Is it time for women to strike?
Reporting from Union Women's Conference 2019 with Stick Together’s Annie McLoughlin.  Women have an essential and crucial role in our economy and society in both paid and unpaid work.
A recent ACTU survey tells us that 85% of workers have or have had significant caring and parenting responsibilities for children and family members, BUT our workplace laws and workplace culture don’t allow them to juggle the demands of work and life.  Listen here.

7 – 8.30am The Friday Breakfast Show: "Feminism for the 99%!"
Green Left Radio will be hosting a special International Woman's Day program featuring a diverse range of woman's voices. This program will aim to present a perspective of Feminism that prioritises the voices of working class woman around the world struggling against oppression and patriarchy and those that aren't necessarily reflected in mainstream discourse.

Our special guests on the program will include Tamaduer Ali a women's rights activist from Sudan and member of Communist Party of Sudan, Lavanya Thavaraja, tamil community activist and organiser with the Migrant Workers Centre, a member of the Kurdish community talking about their struggle for woman's liberation in Northern Syria and finally Meriki Onus, First nations activist who will be speaking about the Tanya Day petition to abolish the laws that criminalise public drunkness and what International Woman's Day means to her.

8.30 - 9am Beyond Zero Science & Solutions: Climate Change – the latest science and solutions.
What do a tuk tuk and an industry report have in common? … fabulous women working to light the way towards slashing greenhouse gas emissions. Join Kay Wennagel and Natalie Bucknell for some lively discussion with Vanessa Petrie, CEO of Beyond Zero Emissions and a champion of women in science and technology, and Hannah Sharp, an environmental engineer with Arup and an advocate for women in engineering. Find out about the crazy scheme that is the Solartuk journey and hear the latest developments with BZE.  Listen to the podcast here.

2 - 4pm Burning Vinyl presented by Daisy
3CR's seminal rock program of Melbourne, Aussie and international rock with a focus on unsigned bands and who's gigging around Melbourne.

5 - 5.30pm Refugee Women’s voices: Mozhgan is a human rights advocate, public speaker and legally trained refugee law paralegal and she is a refugee herself, currently stranded in a transit country without any rights. In 2013 Mozhgan moved to Indonesia with her parents and younger brother. Over the next few years she became increasingly involved in supporting refugee communities and she is the co-founder of the Refugees and Asylum Seekers Information Center. This interview is about the situation of refugees in Indonesia, the work of RAIC Indonesia and the impact that Australia has on their lives.   Listen here.

5.30 – 6.30pm Live broadcast of the speeches at the International Women’s Day rally on the steps of the State Library of Victoria. Hosted by Valerie Farfalla.  Listen here.

7.30 - 8pm Indigneous Rights Radio: Cultural Survival's Indigenous radio producers bring you the latest information on Indigenous Peoples' rights and how they are being implemented around the world.  This series focuses on women in Guatemala. {Spanish & English}

9 – 10pm Shindig! v Rebellious Jukebox
For International Women’s Day Tansy McNally (Rebellious Jukebox) and Holly Alexander (Shindig!) are joining forces to present the very best of female musicians, writers, composers and singers throughout the ages. They'll dig deep to bring you a selection of fascinating and at times obscure tunes to celebrate the unique voices and stories of women in music from Australia and around the globe.

11pm – 1am The Heavy Session Classic and metal vocalist Christine Reis from Pelorus, will play tracks from her female influences and discuss playing and writing heavy music in a male dominated music genre.