What kind of radio station is 3CR? Find out who's involved and our radical history. Read our latest Annual Report 2019. Or check out 'A Community Organisation's Guide to 3CR'.

In 2016, the station published a book that is now available for sale. 'Radical radio: Celebrating 40 years of 3CR' documents the station's rich history and political and social activism.

Check out a short film exploring 3CR's radical history and its radical present. Combining archival audio and film with snapshots of today, take a journey through significant historical coverage of political events that affected Melbourne, told from the voice of dissent, 3CR. Created by filmmaker Stephan Raabe as part of the 'Local Air' Community Radio Documentary Series produced by Open Channel. Watch it now!

3CR broadcasters present around 125 radio programs every week, with 20 community language shows in 13 different languages, and 10 hours of Indigenous programming, and listeners can tune in on 855AM, stream live through the web or download podcasts of our shows.

The radio station was established in 1976 to provide a voice for those denied access to the mass media, particularly the working class, women, Indigenous people and the many community groups andcommunity issues discriminated against in and by the mass media. 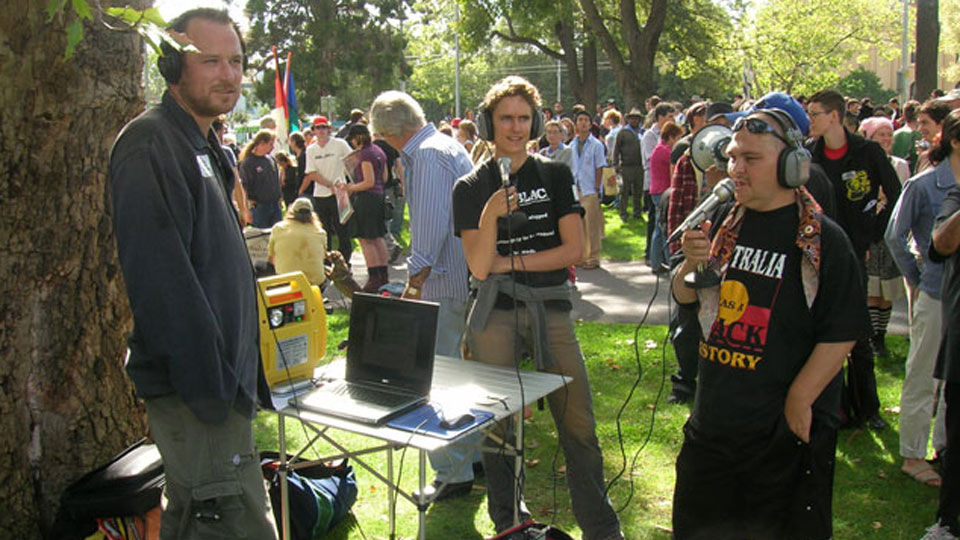 When major social justice events are happening in Melbourne such as strikes, rallies and demonstrations 3CR is usually the first place socially justice minded people tune into. Read about our story below. 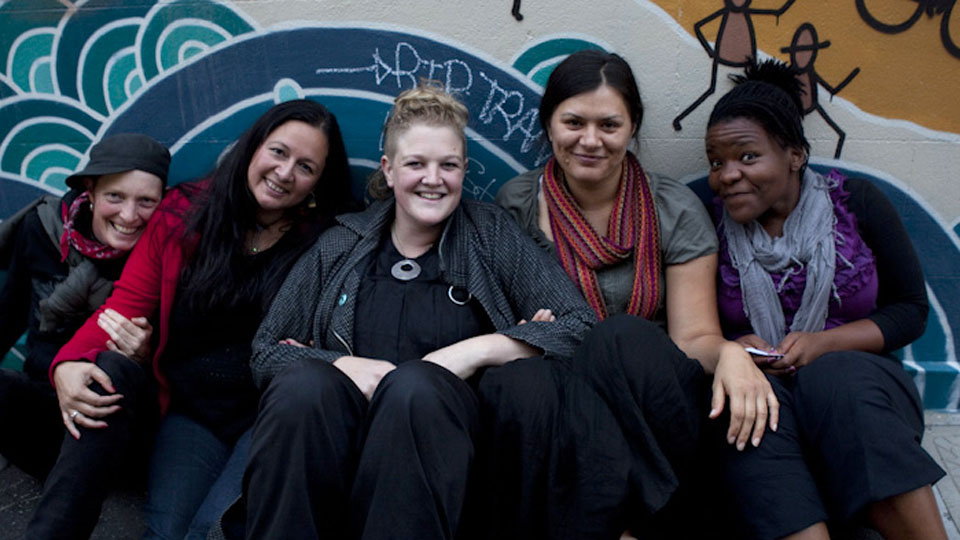 Over 400 volunteer programmers present more than 120 programsthat go to air each week. The station broadcasts in approximately 15 languages including English, 24 hours a day, 365 days a year.

Unlike almost all other media organisations in Australia, 3CR is genuinely owned by the community - by the groups and individuals who broadcast, and by the people who listen to the station.

Find out about volunteering. 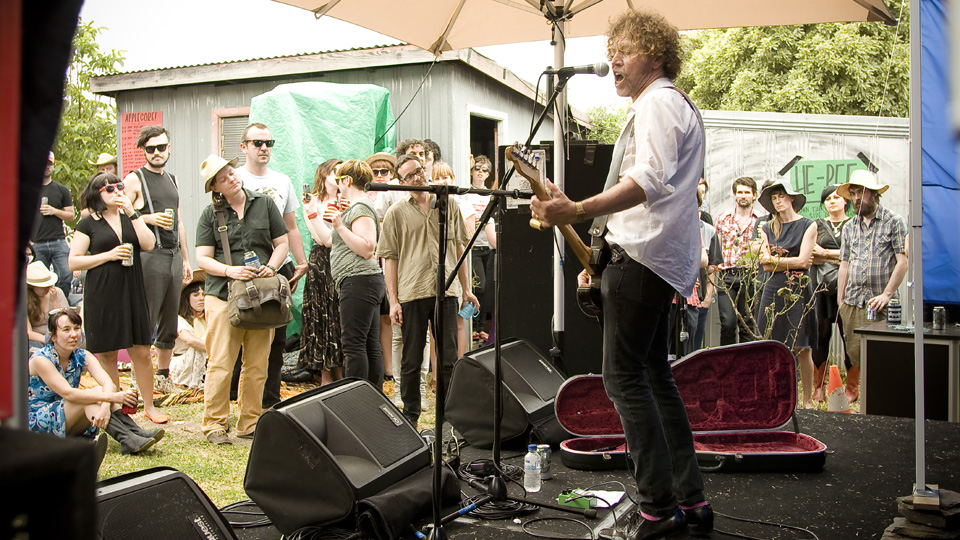 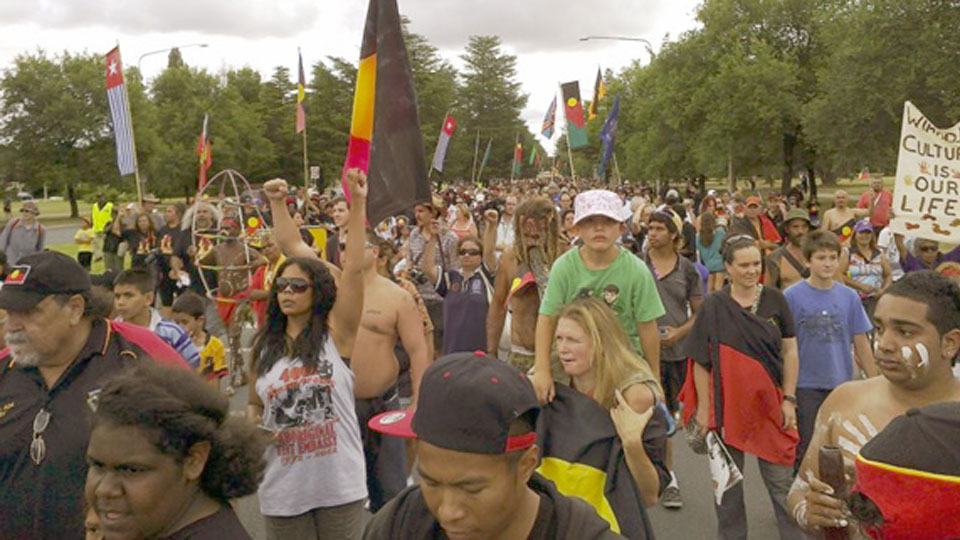 3CR provides programming of interest to a broad general audience and to specific interests groups.

The expertise of presenters comes from their involvement in issues and their activism in the community.

Groups broadcasting on 3CR cover the areas of social justice, the environment, ethnic communities, the arts and music, and trade unions.

3CR was established to provide a voice for communities and issues denied access to the mass media, particularly the working class, women, Indigenous people.

3CR Programs are either Station Programs initiated by individuals or groups who approach the station or Affiliate Programs (presenters come from one organisation whose interests they represent).

3CR is financially independent, relying on memberships and donations for financial support. We do not advertise, nor do our programmes rely on commercial sponsorship (effectively this is advertising). Government funding is accepted in the form of one-off grants for specific projects or programs, as well as grant money through the Community Broadcasting Foundation. The station welcomes paid announcements from community groups, local council and government as well as encouraging program sponsors.

3CR is owned by the Community Radio Federation Ltd., which is made up of Affiliate, Station Worker and Subscriber representatives. An elected management committee is responsible for policy development, correspondence and reports, the budget, and employment of staff. 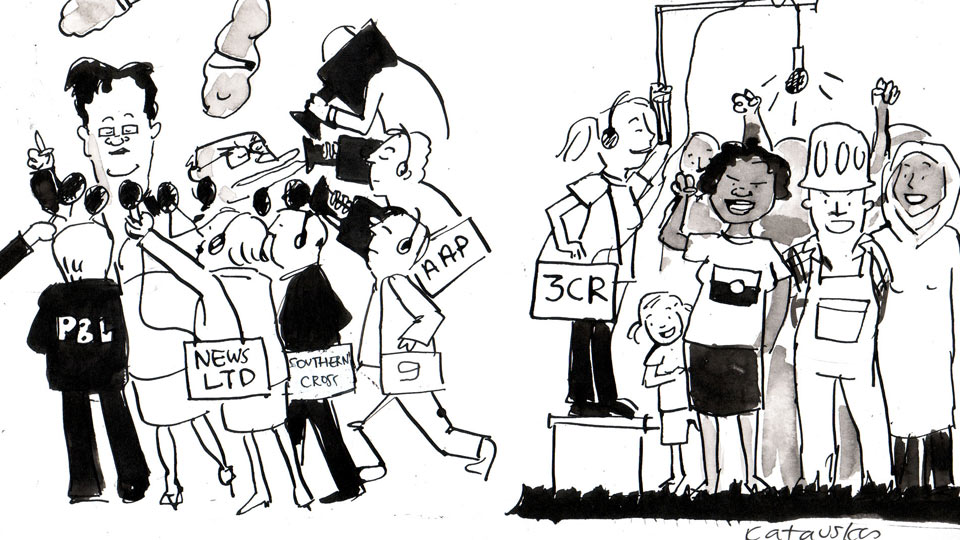 3CR's current website was most recently redeveloped in  2012. The 3CR Web Team is made up of volunteers Nicky Stott, Christie Stott, John Jacobs, Corey Green, Nina Buchanan, Ruben Endean, Jason D'Souza and web developer Lucas Hodge from Media Insights. The Webteam is coordinated by 3CR Projects Coordinator Juliet Fox.  Please email us if you have any comments or would like to join the team!

Previous incarnations of the website were achieved with the hard work of volunteers Jane Curtis, Glenn Todd, Greg Craske, Elanor McInerney, Tom Civil, Nicole Hurtubise and former staff member Bree McKilligan.  2008 work on the website was supported by a grant from the Community Broadcasting Foundation.

Cartoon above by Fiona Katauskas, a former 3CR volunteer.