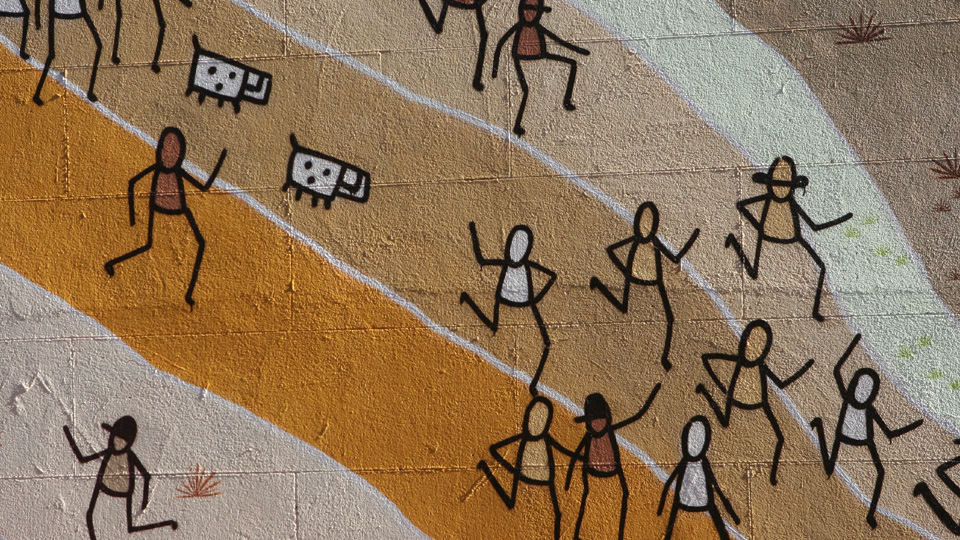 Wrap your ears around some great summer radio.

Episode 2:  Alana Johnson and Rob Carolane from Voices for Indi

Episode 3:  Alana Johnson and Rob Carolane from Voices for Indi

On 15 October 1970 the Westgate Bridge in Melbourne collapsed during construction killing 35 people and injuring many more. 3CR marked this important 50 year commemoration with a special broadcast featuring audio from our archives. More information and audio links will be available at www.3cr.org.au/westgatebridge

9-10am The Wait  December 23 - January 27
Mozhgan Moarefizadeh is stuck in Jakarta, living without rights—but with a yappy dog named Bella. With journalist Nicole Curby, she brings you into the lives of refugees like her, who are trapped on Australia’s new borderline, in Indonesia.  The Wait is a five-part narrative podcast, two years in the making. Published by The Guardian and supported by the Walkley Foundation, The Wait is a compelling and innovative combination of in-depth interviews, field reporting, audio diaries and conversations.

12pm Healing Our Way December 23 - January 6
The series features Aboriginal and Torres Strait Islander voices and experiences, to promote truth telling and inspire listeners to learn more about the Stolen Generations.  It  explores topics relating to intergenerational trauma, racism, identity, culture and healing. Developed in close consultation with The Healing Foundation’s Youth Reference Group, the podcasts aim to create a space for young people to learn about and participate in discussions about the Stolen Generations, healing and intergenerational trauma. Hosted by Wuthathi and Torres Strait Islander woman, Jax Compton with special guests.

11.30am - midday Radio Reimagined Spoken Word
24 December:  Monica Jasmine Karo - Poetry and music:  Monica Jasmine Karo, a proud Gunai/Kurnai & Gunditjmara woman is a spoken word poet, actor, singer-songwriter, MC and emerging playwright based in Melbourne. Jasmine Karo shares three music infused poems and an original song.
31 December:  Uncle Dennis Fisher aka (Den the Fish) is a Waka Waka man from Queensland. Born in Maryborough 1957 Uncle Den lived in the Cherbourg Settlement working on a dairy farm from the age of 10 years.  Uncle Den is a writer, a broadcaster on 3KND and an Aboriginal Heritage Guide for the Royal Botanical Gardens Melbourne.
7 January: Tony Birch reads his short story, Painted Glass:  Tony Birch is the author of three novels: the bestselling The White Girl, winner of the 2020 NSW Premier’s Award for Indigenous Writing, and shortlisted for the 2020 Miles Franklin literary prize; Ghost River, winner of the 2016 Victorian Premier’s Literary Award for Indigenous Writing; and Blood, which was shortlisted for the Miles Franklin Award.

10-11.30pm Music to Not Work To December 17 - January 7
Presented by Alex Kakafikas (Greek Resistance Bulletin) Music for new world and against the one we're living in.  Music by all people from all continents in many languages.

9-10am Wayward Girl  18 December - 29 January
Music for women, by women. Encompasses the many types of music written and performed by women. The show features interviews, live performances, special genre shows and helpful info.
Presented by Lotti Stein.  Listen back to the podcasts here.

11am - midday Beats, Ballads & Ballrooms: Darebin live music venues, 1955-2020 December 26 - January 30
Music has long been at the heart of the City of Darebin’s rich cultural history. The city remains home to numerous venues which have featured over 1000 jazz, cabaret, folk, pop, soul and rock gigs a year, playing a major role in making Melbourne one of the world’s best cities for live music. Beats, Ballads and Ballrooms: Darebin Live Music Venues 1955 – 2020 highlights the city’s vibrant and continuing tradition of musical performance via an immersive audio-based tour.
Presented by Iian McIntyre, Teishan Ahearne (Earth Matters) & Kirstyn Lyndsay.
Episode 1: Nobody Can Stop The Music. A recording of an online forum from September 2020 in which Bunna Lawrie (Coloured Stone), Rose Turtle Ertler and Mick Thomas (Roving Commission, Weddings Parties Anything) discuss playing, composing and enjoying live music in Darebin.

Episode 2: Eastmint. An extended interview in which Genevieve Fry and Esala Liyanage discuss running Northcote based venue and record label Eastmint as well as the music they create with Cold Hands Warm Heart.

Episode 3: Walk with us as we visit The Merri Creek Tavern, Open Studio, Northcote Theatre/Italia Hall, The Wesley Anne, and Chalice Northcote Uniting Church. The music featured on this episode is by Combat Wombat, Laura McFarlane, Mick Thomas and Paige Black.

Episode 4: Walk with us as we visit The Eastmint, The Pink Palace, The Commercial Hotel/NSC, Bar 303, and the Greek Democritus League Club.  The music featured on this episode is by Laura McFarlane, Rose Turtle Ertler, and T-Bones.

Episode 5: Walk with us as we visit The Croxton Park Hotel, Loophole Community Centre, the Thornbury Theatre, the Arcadia Ballroom, and the Aborigines Advancement League. The music featured on this episode is by Go Genre Everything, Johnny Chester, Laura McFarlane, and The Bone Folders.

1-2pm Disability Day 2020 Revisited:  Imagining Disability Justice  December 19 - January 9
We bring you fantastic content from the Disability Day broadcast that featured people talking about all that the pandemic has revealed about the structural marginalisation of disabled people, alongside discussions about what we can create together to replace all of this.

2-3pm New Years Resolution December 27 - January 31
A special summer program presented by Marroushti (Salaam Radio Show) with guest co-presenter Oli Artov. It will feature dj mixed electronic music and some discussion on the music and its context. Oli will focus on new leftfield experimental electronic music from around the world. The program aims to demonstrate electronic music as part of an emerging global south consciousness that's tied with new political movements. 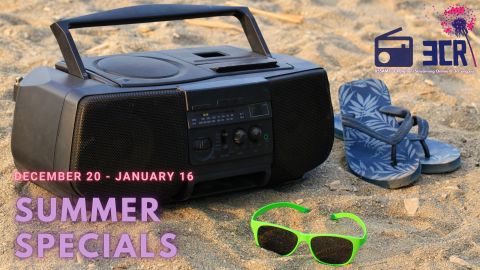 Tuesday
A feast of radical summer radio featuring shorts, documentaries, music, and highlights from across the years.