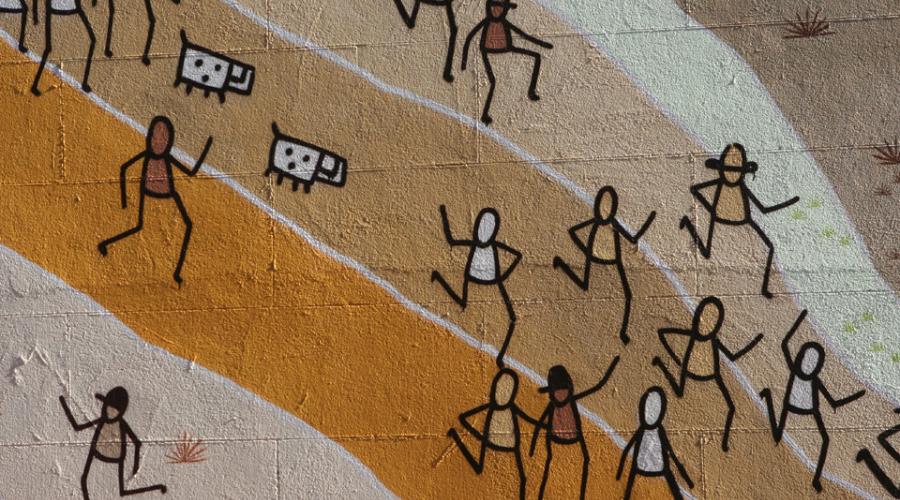 During Disarmament Week 2021 3CR Breakfast looked into the increased presence of weapons companies in schools, education and communities.

A recent report released by the Medical Association for Prevention of War found "major weapons companies seek to build positive brand recognition among Australian primary and secondary students, and attract the 'best and brightest’ young people into a comprehensive talent pipeline". This happens through sponsorships, events, competitions, tours of industry premises, exhibitions at careers fairs and direct personal engagement between industry personnel and students and teachers".

Monday Oct 25 @8am: James Brennan, activist with Renegade Activists and co-host of Uprise Radio about what disarmament means and how we can work towards it. LISTEN

Tuesday Oct 26 @8am: Elise West, Executive Officer of Medical Association for the Prevention of War (MAPW) about the increased presence of weapons companies on school curriculum and how they are influencing young people's attitudes to war and weaponry. Read MAPW's report on this issue: Minors and Missiles. LISTEN

Wednesday Oct 27 @8am: Margaret Reynolds from Women's International League For Peace And Freedom (WILPF) about her lifelong committment to peace advocacy and her concerns about the increased presence of the military in Australian civilian life. Margaret is concerned about the mythology of war infiltrating younger generations, Australia's persistent policy of aligning with Britain and the United States in military actions, and the lack of open debate between different stakeholders and groups about the real cost of war and peaceful, humanitarian alternatives. WILPF held a webinar @ 6pm Thursday 28 Ocotber 2021 to launch their advocacy campaign and welcome new participants to their work.

Thursday Oct 28 @7:30am: Andy Paine from Disrupt Land Forces about demilitarisation in the Australian context, organising against the military industrial complex, and touching on the recent report launched by the Medical Association for Prevention of War on the influence of weapons companies in Australian Schools. You can also find more about campaigns against militarisation in Australia via Wage Peace. LISTEN

Friday Oct 29 @8am: Dimity Hawkins from ICAN, the International Campaign to Abolish Nuclear Weapons, Australia about the current situation internationally in regards to disarmament and a response to some of the recent developments in Australia.Including the formation of AUKUS and the nuclear submarine deal with the United States and why we can't allow it to be built.

Saturday Oct 30 @8am:  Margaret Pestorius from Peace by Peace about the cost of war - finishing our week long focus on waging peace not war LISTEN

Saturday Oct 30 @10am:  In addition to our Breakfast coverage  -  3CR's National Radioactive Show also explored Disarmament, with a look at the 'partnerships' between defence companies and schools. Guests included Elise West, Executive officer of Medical Association for Prevention of War, on their recent report- Minors and Missiles, Dr Bev Hall, who became alarmed at the influence of defence in education when in 2013 she discovered the local high schools her grandchildren attended were  ‘defence schools’and set out to work in an alliance against this, and Miriam Torzillo on a new network opposing defence in schools as well as promoting peace and climate justice education LISTEN

To Listen in: Monday, Tuesday, Wednesday, Thursday, Friday, and Saturday on 855AM, digital radio, or live streaming on www.3cr.org.au/streaming

Contact us if you have a community event or action EMAIL: currentaffairs(at)3cr.org.au

Centring the voices of those denied access to the media; particularly the working class, Aboriginal and Torres Strait Islander peoples, women, trans and gender diverse folks, people with disabilities and the many community groups and community issues discriminated against and misrepresented by other media.

Join us in celebration of May Day with special programming on Sunday 1 May. Each year on May 1 communities from around the world join in celebrating the achievements of the labour movement and show solidarity with the continued struggle for labour rights everywhere. Bringing you coverage and analysis of local and international labour issues and a LIVE cross to the 2022 Melbourne May Day Rally from 1pm. For more details.