Friday 7:00am to 8:30am
A weekly source of alternative information which aims to inspire action and organisation to put people and the environment first. Covering international political issues and struggles against the exploitation of the people and exposing the bias in mainstream media that preferences the power brokers and denies access to information. 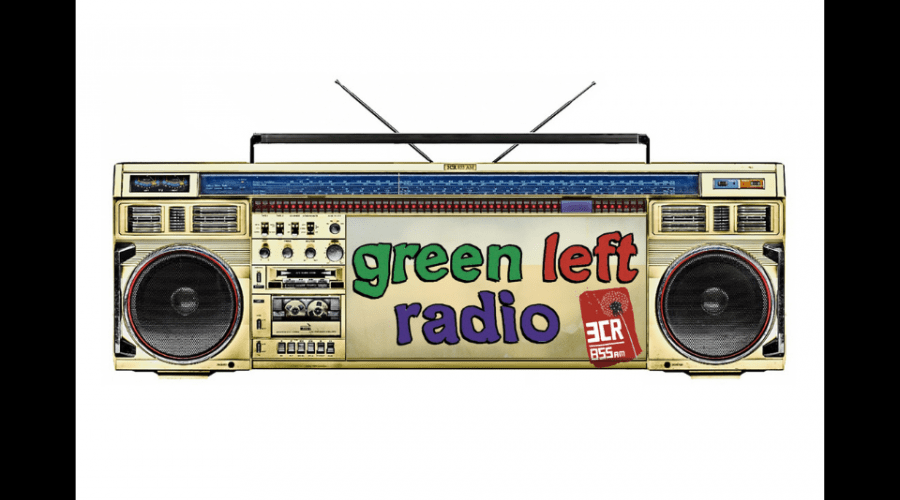 Featuring the latest in activist campaigns and struggles against oppression fighting for a better world with anti-capitalist analysis on current affairs and international politics.

Discussion of headline news article $4.6bn in JobKeeper went to businesses that increased their turnover at the height of the COVID-19 pandemic

Pre-recording of Green Left Show #14: “Why Nuclear is not the solution” which features former Green Left editor Simon Butler answering the "left" argument that progressives should support nuclear power as a climate solution. You can view the program here.

Interview with IPAN (Independent and Peaceful Australian Network) chairperson Annette Brownlie about Australia’s hosting of the Talisman Sabre military exercises where over 17,000 soldiers including 8,000 U.S. military personnel and nearly 800 from other countries will descend on Australia to conduct war manoeuvres from July 18-31 and why it will have the consequences of making the Pacific region a more militarised and dangerous place and why anti-war activists should be opposed to it. You can listen to the individual interview here.

Interview with Leo Crnogorcevic a student at Monash University and member-elect of the Monash Student Association Student Affairs Committee about the recent moves by the Monash Student Association (MSA) to ban in-person campaigning for the upcoming student elections in September and why it’s a anti-democratic move that will heavily favor incumbents and the pretense of using the COVID-19 pandemic is hypocritical given that the ruling group that runs the student association (Together) regularly organises and supports in-person social events on campus and there has been no similar attempt to restrict those activities. You can listen to the individual interview here.

3CR's iconic Beyond the Bars project has been on the air for 20 years this year, and we're looking forward to presenting our shows from six Victorian prisons during NAIDOC Week 5-9 July 2021. The broadcasts can be heard on 3CR 855AM, 3CR Digital, or streaming live. Check out previous years online now. Beyond the Bars receives financial support from the Community Broadcasting Foundation, the Koori Justice Unit and Corrections Victoria at the Department of Justice and Regulation, and the City of Yarra.

Get ready to turn on and tune in to the Gardening Show’s annual radiothon. It all takes place THIS  Sunday 27 June from 7.30-10am when you can help keep your favourite gardening show growing. Listen in and call the station on 03 9419 8377 for great deals on gardening products, nursery vouchers, magazine subscriptions, green-focused book titles and more. Or make a tax deductibles donation to support 3CR’s fantastic weekly gardening program. Dig deep for the 2021 Gardening Show radiothon. 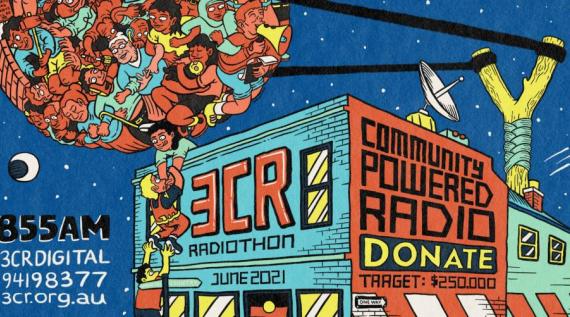 Donate now to keep Community Powered Radio alive and thriving! We know things are a little grim right now in Lockdown 4.0 - so cheer yourself up by making a donation to 3CR and warm your heart by knowing that you're part of making community media equitable, accessible and truly independent. Need some inspiration? Check out our CRAM Guide 2021. Thanks for the LOVE. X 3CR X