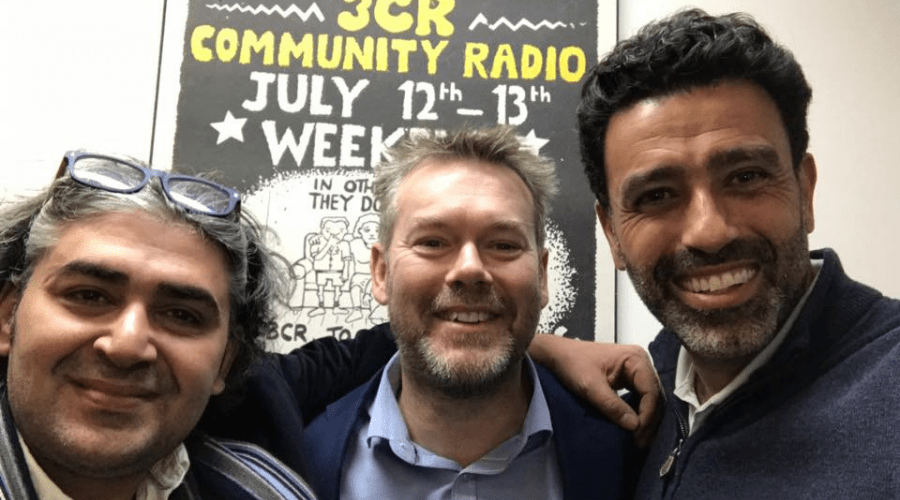 Bringing listeners the untold side of the Palestinian/ Israeli conflict.

CRAM Article November 2004: From the River to the Sea (former name of Palestine Remembered)

The banks of the Mediterranean Sea and the Jordan River are Palestine’s natural borders, and it’s from this fact that From the River to the Sea takes its name. Presented by Yousef Al Reemawi , the show is a mix of current affairs and cultural updates from Palestine.

3CR first broadcast a show presenting the plight of Palestinian people back in the late 1970s (and nearly lost its licence!). Has much changed since? “We could have filled a library with new books on the subject since then. I try to combine brief historical contexts with news updates on my program. But it’s a big job!” says Yousef.

And what brought you to Melbourne? “I came here to do a Masters of Business Administration at Deakin University. Before that I was working as a water treatment engineer in Saudi Arabia. About a month after I arrived, a friend told me about a station that gives airtime to different communities in Melbourne and gave me the frequency of 3CR. It is quite obvious that 3CR is the voice for marginalised and misrepresented people”.

Although the issues you discuss on your show are of interest to many people, do you have any idea how large the Palestinian community is in Melbourne?
“According to the Australian Palestinian Youth Association, of which I’m a member, there are at least 5000-6000 Palestinians in Melbourne but, as indicated in your question, the Palestinian issue isn’t and never has been a domestic one”.