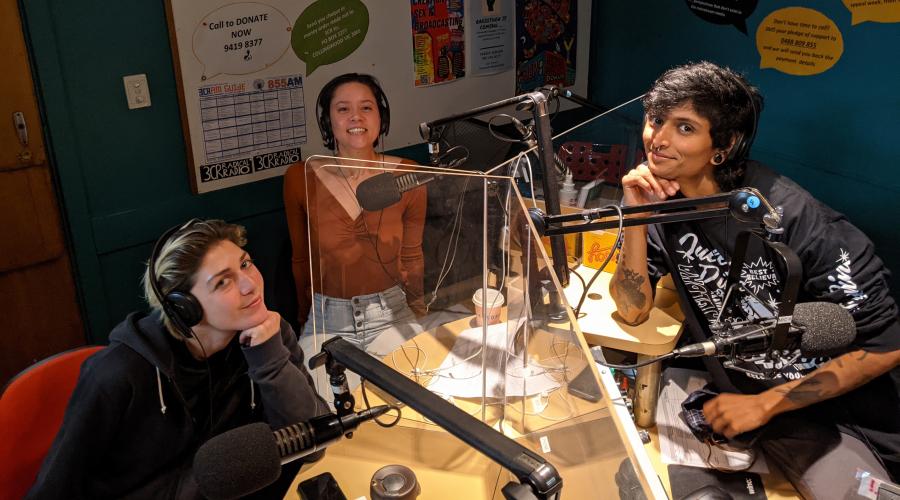 This is the first part of a two-part interview with JN Joniad, where he speaks about his own experience of seeking asylum and becoming stranded in Indonesia, and the Australian government's complicity in this process. Joniad is a Rohingya journalist and journalism editor at the archipelago magazine. He is a student of political science and human rights activist. He was formerly an Engineering and Physics student in Myanmar, before being forced to flee to Indonesia. Joniad contributes to film and publishing accounts of refugees searching for a safe and durable solution.

CONTENT WARNING: this segment includes some discussion of traumatic experiences endured while seeking asylum which may be distressing to listeners who are refugees or from refugee backgrounds. If you need to speak to someone about this, you can call Lifeline 24/7 Australia wide on 13 11 14.

We speak with Mariam, a clinical scientist and Afghan clothing and jewellery boutique owner, about her fundraising campaign to raise emergency funds for displaced families in Kabul,(link is external) during the ongoing humanitarian crisis in Afghanistan. Mariam moved to Australia in 2001 on a humanitarian visa from Pakistan with her mother. (link is external)

Senator Lidia Thorpe(link is external) is a DjabWurrung, Gunnai and Gunditjmara woman and The Greens Senator for Victoria. In 2017, she became the first Aboriginal woman in Victorian parliament. In 2020, she became the first Indigenous person to represent Victoria in federal parliament. This morning, she’s joining us on 3CR to talk about Treaty in light of incarceration rates and climate change, and to discuss the Truth Telling and Treaty Circle which is on this evening at 7pm.

Eirene, Secretary of the Renters and Housing Union (RAHU), joins us to discuss a recent VCAT decision that ruled it lawful for renters to be evicted from their homes for unpaid rental debt accrued during the victorian eviction moratorium that ended in March this year. We will also discuss the ongoing rental stress and housing precarity of casualised workers and those on low incomes amid current lockdowns.

Sara El Sayed joins us to speak about her first book, Muddy People(link is external). Her work features in the anthologies Growing Up African in Australia and Arab, Australian, Other. She is a recipient of a Queensland Writers Fellowship and was a finalist for the 2020 Queensland Premier’s Young Writers and Publishers Award. 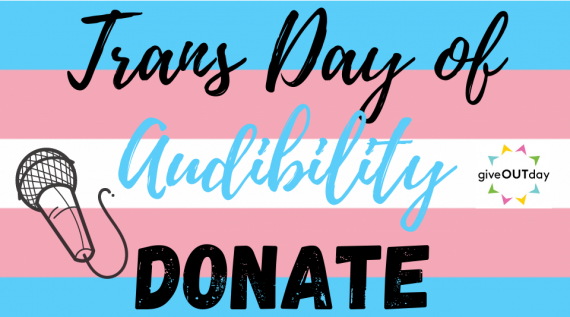 Help make our ‘Trans Day of Audibility’ broadcast happen! Donate on GiveOUT Day this Friday 15 October. GiveOUT Day is a national day of giving to LGBTIQA+ organisations, community groups, and projects. Donations on GiveOUT Day are doubled by GiveOUT and their partners. That means your donation will be matched dollar for dollar. How good is that! We're fundraising for a ‘Trans Day of Audibility’ broadcast that will bring together a range of queer programmers and presenters to showcase and celebrate underrepresented voices for Trans Day of Visibility (TDOV) in March 2022. Your donation will help elevate and amplify the voices of trans communities as part of this dedicated special broadcast. To donate just head to GiveOUT Day now!

These great little Tote bags are perfect for lugging your activists tools about, or getting the shopping home from the market. Just $27.50 (including postage) - jump online and order yours today. The bags themselves come from Zemer Bags. All funds raised go toward purchasing school books for a school in Tirana Albania (where some of the children of workers who made the bags go) and Floq (a small village affected by earthquakes in recent years). 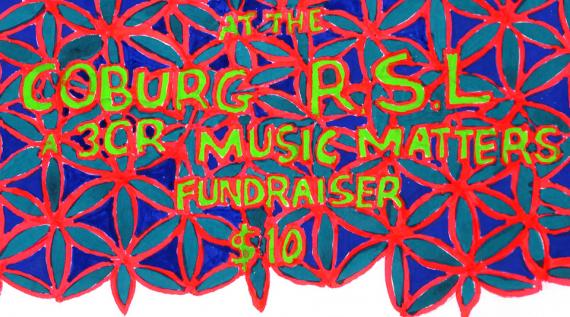 Postponed! Standby for a new date ...
Music Matters wants your company at a fundraiser on Saturday 28 August at the Coburg RSL (COVID-19 permitting!). We will be featuring great local independent musicians: The Avenue Ensemble, Powerful Owl and PSA. All this for just $10 on the door at Coburg RSL, 323 Sydney Rd from 8pm. Please join your Music Matters' hosts Joe and Jane to celebrate community powered radio with community powered musicians as we fundraise to help keep Radical Radio on-air and online for another year.