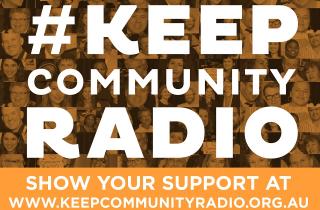 The Federal Budget released on Tuesday 3 May contains cuts of $1.4m in funding that currently keeps community radio stations broadcasting on digital in five capital cities. If we don’t get those funds reinstated, community radio will get left behind on the AM/FM dial. Will you join the national community radio campaign to get these funds back, and ensure a digital future for 3CR and other community stations around the country? Add your voice here to the Keep the Community in Your Radio campaign. 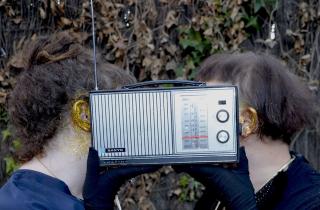 Seven sound artists, seven hours, seven locations. On Sunday 8 May 2016 join Radio Queens Julia Drouhin and Pip Stafford for a sound walk around the Yarra River between 11am and 6pm, or tune in live via 3CR. 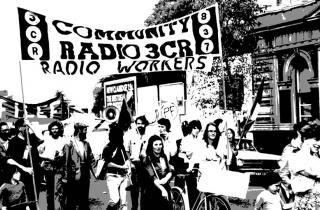 Join us for the launch of 3CR's 40th anniversary book at Trades Hall, Bella Union Bar on Friday 6 May at 6pm. The evening includes speakers, revolutionary drinks, nibbles and the opportunity to get your copy of Radical Radio: Celebrating 40 Years of 3CR.
RSVP now and let us know you're coming. Get your copy now! 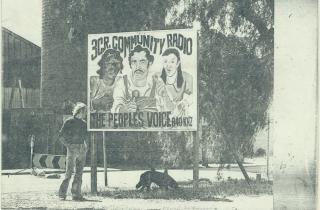 If People Powered Radio: 40 years of 3CR at Gertrude Contemporary

'If People Powered Radio: 40 Years of 3CR' is a collaboration between Fitzroy's oldest community radio station and one of Fitzroy's oldest galleries and studio complex, Gertrude Contemporary. 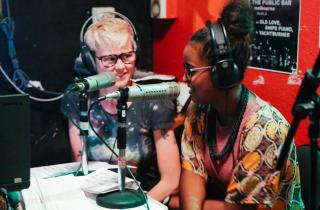 Are we there yet? Unfortunately the fight for women's rights still needs some work, and it's important that you're part of the struggle. Tune in on Tuesday 8 March for feminist analysis on local and global issues, plus all the latest on activities around town. 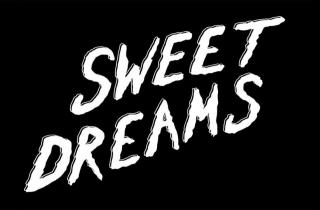 Specialist music program with a focus on women and queer musicians making electronic, noise, experimental, pop and punk in Australia and NZ. 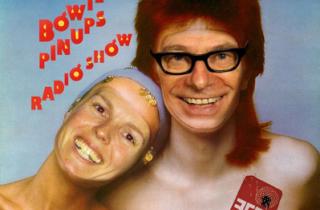 Vale David Bowie who was the subject of a sell-out exhibition that visited cities such as Berlin, London, Toronto, Chicago, and Sao Paulo. In 2015  'David Bowie is...." arrived in Melbourne with it's rare memorabilia, photos and video clips much to the delight of thousands of Australian music fans. 3CR music coordinator Paul Elliott visited the exhibition and was suitably impressed . A pair of Melbournites Cass Moore and Bruce Butler attended many more times, contributed memoribilia and gave talks at the ACME exhibition. 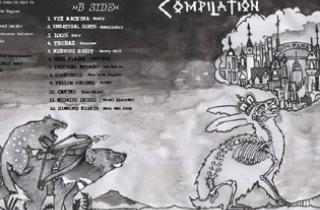 Check out the Girls Radio Offensive new Compilation Tape 2. It features an awesome line up of our favourite punk bands from Australia and is put together as a fundraiser for the Mapuche-Aboriginal Struggles for Indigenous Land Project. All bands have been aired on our show, Mondays 11pm. All proceeds will go directly to this project. 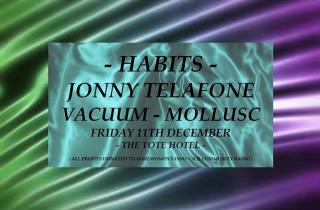 Benefit for 3CR and Wire at the TOTE!

Join us for an evening of awesome live music from local bands Habits, Jonny Telafone, Vacuum and Mollusc in support of 3CR and Wire Women's Information. 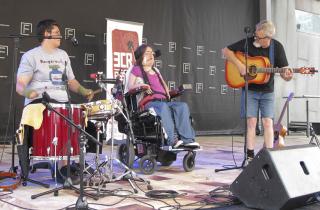 Join us for Disability Day 2015

Join us for Disability Day 2015, Thursday 3 December, on air from 6.00am to 6.00pm. Twelve hours of radical radio by, for and about people with disability. It all starts with The Big Bold Breakfast of disability news and current affairs, followed by Spoken Word. Join the discussion on Talkback with Attitude from 9.30am on representations of disability in TV and movies.