Tuesday 2:00pm to 3:00pm
Great voices in opera, song and the popular classics as well as oratorio, lieder and ballads. 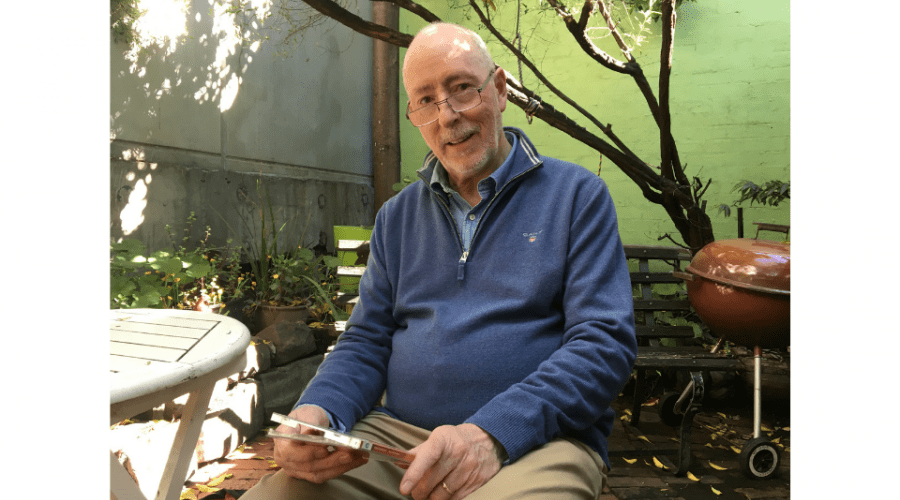 Murray McInerney, the presenter of “Great Voices”, grew up in a music-filled household where the ABC ruled the airwaves and the record collection included numerous operas, symphonies and concertos, although as he and his siblings became teenagers there were some Peter, Paul and Mary records.  At school, Murray was enthusiastic in the chorus of Gilbert and Sullivan operas.  His musical taste is now eclectic, encompassing trad jazz, country and early rock and roll and he has remained passionate about opera.  Now retired after several years working in education, Murray is excited by the opportunity of presenting on 3CR and will continue Chris Gaffney’s tradition of promoting Australian opera singers. 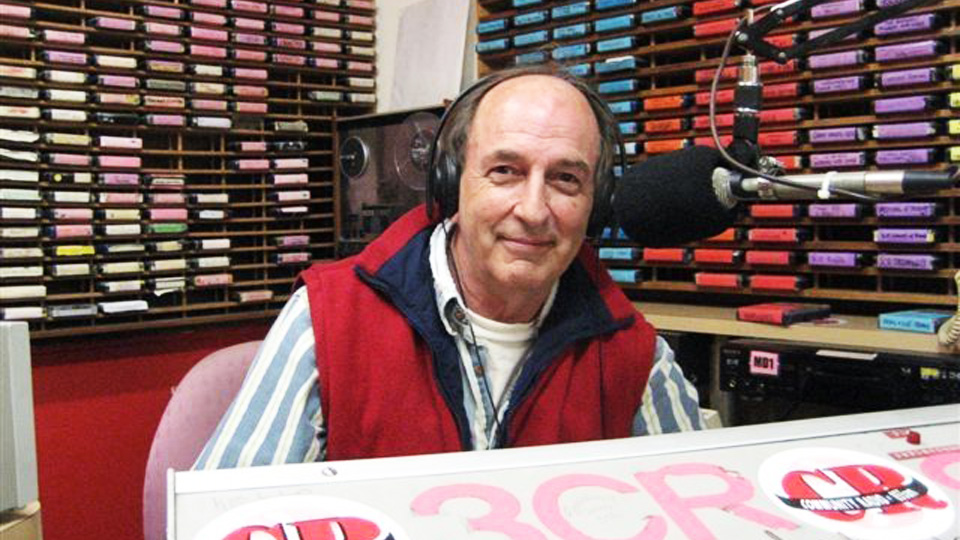 The station community is saddened by the passing of long-term broadcaster Chris Gaffney on 14 August 2019. Chris had been a member of 3CR since 1990 volunteering his time, knowledge and interests as a trainer, programmer and a member the Program Sub-Committee and the Committee of Management. Chris had a wide interest in both politics and art and a sharp Marxist analysis that went with both. Chris was an actor, opera connoisseur and a strong advocate for the working class, ideas he wove through his programming both on Keep Left and Great Voices. Chris could be heard within the station debating over the kitchen table the finer points of a complex political theory or, singing at the top of his lungs during Great Voices. Chris was a unique character who was loved by both his comrades and colleagues at 3CR and his many listeners. Our deepest sympathy to Chris’s family and friends. A funeral service will be held for Chris at Ern Jensen Funerals on Tuesday 20 August, 3pm. 6 Bruce Street Preston.

You can listen to Chris's final show below.

Great voices in opera and song every Tuesday at 2 pm to 4pm with Chris Gaffney, It plays opera, song, lieder, ballads, operetta, choral music, comic curios, anything with a great classical voice singing it.

Great Voices is 3CR’s classical vocal programme and one that is unlike any other classical radio program. In fact Chris was driven to establish the show as a reaction to the elitist attitudes heard on other opera shows, not including John Cargher from whom Chris has learned a lot. Listeners are invited to call up and criticize the show, and make requests.

Beginning in October 1991 at the late hour of 12.30 am to 2.00 am Great Voices alternated with a purely orchestral show called De-composing Composers hosted by Janet Howie. Chris Gaffney, the presenter of Great Voices says listener feedback was both erratic and eccentric: “Despite my asking for listener feedback it was limited. One listener from Camberwell, with a voice like the Queen, told me I was an idiot because I liked a singer she didn’t. One listener knocked on the door at 1.45 am to give me a double headed ice cream. It really was too late for a potential Great Voices audience and far too late for this presenter “Listening to the early tapes today” recalls Chris, “you can hear the much slower pace of the delivery, so that by the time the show was ending I sounded like someone who had overdosed on Valium.”

The late night slot lasted until June 1993 when the daytime Great Voices began, presented by both Chris and Susan Patterson. Susan, a former teacher and family historian, has more traditional tastes .. Chris, a former lawyer and teacher, now works in theatre as an actor and a director and occasionally acts in TV. He edits Labor Review and co-presents the political show Keep Left on 3CR on a Friday morning. (10am)

For 12 years Great Voices was a happy mix of two different tastes.. Susan left the program in 2005 to do an MA in history.

The numbers of people calling into the show has doubled in recent years, and Chris feels people at 3CR now accept the legitimacy of a classical vocal programme on 3CR. Chris sees the standard image of opera as the ruling class wanting all the best for themselves. However Great Voices was never conceived as merely playing classical music, it also aims to make opera and songs popular with a 3CR audience. This means not talking down to listeners as a so-called expert - which Chris is certainly not – but giving context, politics and colour to each record played. Lastly the program should not sound like a dose of church. It must inform, entertain and not take itself too earnestly.

To achieve these goals means not just playing music you think will be popular with the listeners, but by asking the listeners. For Chris, “It is such a buzz talking to people whom you don’t know, but who have been moved by the music and want more, or who have not heard a piece of great emotional significance in 40 years. More thrilling are people who had just discovered 3CR by first listening to Great Voices. We must expand our base all the time. Now the weekday music programming really does cover a wide spectrum of people”.. Often a third of the program’s music is listeners’ requests.

The Great voices CDs
Since 2001 Great Voices has began issuing its own compilation CDs. Much of the material is not available elsewhere and certainly not in Australia, and there are singers included that have never been offered for public sale anywhere. They are also very cheap”. Check out www 3cr.org for full details or call 03 9419 8377. Great voices no 15 has just been issued .Discs 1-14 are now available for $10 an issue (and issues 9-13 are two disc sets) or the whole 19 cds posted for $190.  To view the Great Voices Catalogue and Purchase click here

Now that 3CR is web streaming Great Voices is gaining listeners from all over the world. A final comment is from Jim of Ohio:

For the past several years, I have been listening to a radio program entitled Great Voices which is a 2 hour program originating from Melbourne, Australia and hosted by Chris Gaffney. The format consists solely of opera arias and songs sung by opera stars (mostly from the past) with commentary by Chris. It is an informative, entertaining, and, at times, humorous broadcast which I would definitely recommend to opera lovers.