Out of the Pan 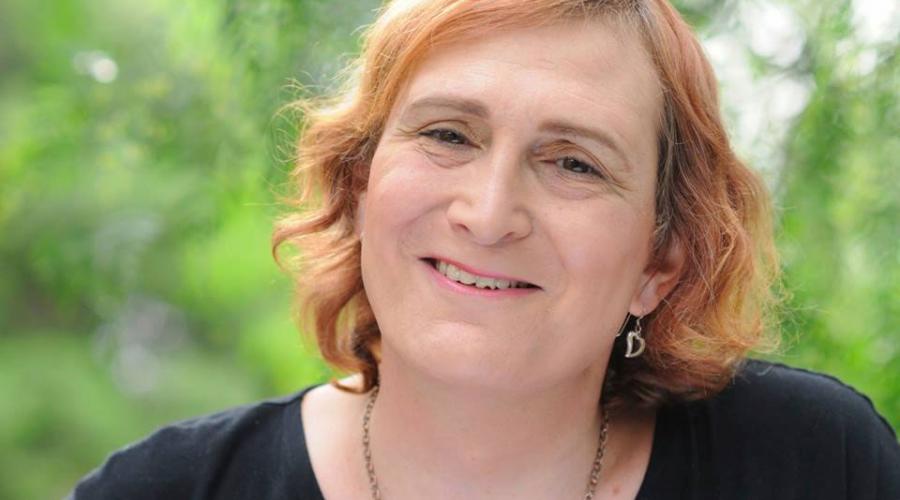 About Out of the Pan

It’s a queer queer world! And 3CR is proud to be a longstanding broadcaster on queer issues.

Every Sunday at 12pm, Out of the Pan focuses on pansexual issues (pansexual meaning ‘knowing no boundaries of sex or gender’) and includes transgender and bisexual issues.

The presenter is Sally Goldner, a woman who is well suited for talking about such issues. The spokesperson for TransGender Victoria for nine years, this stand-up comedian has also ‘ripped the gender envelope to shreds’ as the world's first male-to-female transsexual drag king! Before coming to 3CR Sally broadcast for many years at Joy 94.9 FM.

CRAM Guide editor Bree McKilligan sat down one afternoon at a local café with Sally to talk about Out of the Pan.

Why do you host Out of the Pan?
There is a need to reach out and explain transgender issues to the broader community. Greater acceptance of transgender people has been growing since the tremendously low base point of the 1970s when trans people were so marginalised that the only jobs available to them were either in the massage parlours or the drag shows.
There is also a need to reach out to transgender people. I carry an email around with me from one transgender listener who said that she decided not to commit suicide after listening to the program. Community radio has that kind of power!

Is society evolving in terms of understanding transgender issues and gender diversity concepts?
It is evolving. An example that came to mind is the by-election last year for Steve Bracks’ seat and the partner of the Greens candidate was trans. The Labor candidate tried to sensationalise this but the community response was, ‘this isn’t an issue’. This contrasts with the media and community response to politician Julie Peters when she was campaigning in the 1990s – media and community interest in her was primarily about her transgender status.

What are some of the challenges in terms of media representation for people of gender diversity?
Just getting representation in the broader media for starters is challenging. Tabloids rarely interview a trans spokesperson for a balanced perspective on trans stories.

Why broadcast at 3CR?
I find that 3CR is progressive, not limited by commercial restraints and queer-friendly, as opposed to being just ‘g-friendly’ by which I mean gay-male-friendly.
At 3CR I feel that my program is valued as much as all the other programs – all programs make up the whole. I don’t feel that 3CR is hosting a program on transgender issues in a tokenistic way.
3CR presenters are very friendly with each other and I have found everyone supportive on both little and big things and management really ‘walk the talk’. I have found support, trust and motivation on every level.

Given that there is a gay, lesbian, bisexual, transgender and intersex (GLBTI) radio station, Joy 94.9FM, in Melbourne what does 3CR offer queer audiences?
Queer listeners will get a diversity of ‘queerdom’ on 3CR radio. I would say that 3CR offers at least an equal but often a greater amount of coverage of queer issues compared to other pink media.
I think 3CR picks up on queer stories really quickly like the February story of a lesbian couple that were thrown out of a Brunswick Street café for kissing – it was covered on all three queer programs and the activist response of a kiss-in was amply promoted.
As well as the specifically queer programs there are quite a lot of queer broadcasters presenting other 3CR programs. This means that the occurrence of a 3CR broadcaster mentioning their same-sex partner on air while discussing a non-queer related issue is not an irregular event – which is just great!

What, in your opinion, are the top three issues for transpeople in Victoria?
1. We need a Gender Centre in Victoria which is a funded headquarters offering services like counselling or being able to direct people to counselling, advocacy and education. Sydney has had one for 25 years and it even has crisis accommodation. Crisis accommodation can be a real problem for trans people because of the binary basis upon which people are allotted crisis accommodation.
2. An equivalent law to the Racial and Religious Vilification law which will cover sexual orientation and gender identity – perhaps an ‘anti-homophobic harassment’ law.
3. This is actually a federal issue but it’s in the top three of things that need to be urgently addressed: There is no federal anti-discrimination law regarding sexual orientation and gender identity. All states and territories have some kind of law but it’s a glaring omission that there is no federal law.

What is your advice to young people who feel that they are trans and to older people who are transitioning?
My best advice to a young trans person would be to find someone who you can really trust that you can talk to about how you feel. For transitioning adults I would say that, as much as you can, try to plan your transitioning well in terms of the financial, time and relationships aspects.

What are some of the upcoming issues for the trans community, and broader community?
Now that gay and lesbian parenting is becoming increasingly acceptable (and increasingly popular!) parenting by trans people will come into the public focus like it has recently in March this year with an American trans man becoming pregnant. Children of trans people and young people who are themselves trans will become the focus of attention. On a different pansexual note, the concept of poly-amorous relationships where people are in many relationships at one point in an open, trusting way regardless of issues of gender and sex is another frontier.

Who is Out of the Pan’s audience?
The exciting thing about 3CR is the diversity of people reached. As well as the audience of transpeople listening there is the rest of 3CR’s listeners who may be tapping in. 3CR programming on the Sunday ranges from union programs to Latin American issues to environment programs and then to Out of The Pan, after which there is the theatre program, Curtain Up.

What does the future hold for Out of the Pan?
I would like to incorporate interviews with international guests like I did at Joy. I hope the program is podcasting by mid year and, with live streaming on 3CR’s website, I would like to develop an international audience. Accessing radio via the internet means listeners who live in repressive cultures all over the world could tune in, language permitting.
I love the medium of radio and am keen to keep my radio career going!

More information>>
What is transgender? According to UK transgender activist and academic Stephen Whittle:
“Transgender is an umbrella term used to define a political and social community which is inclusive of transsexual people, transgender people, cross dressers (transvestites) and other groups of ‘gender variant’ people such as drag queens and kings, butch lesbians and ‘passing’ women. Transgender has also been used to refer to all persons who express gender in ways not traditionally associated with their sex. Similarly, it has also been used to refer to people who express gender in non-traditional ways, but continue to identify as the sex of their birth.”
The Tranznation Report (Australia and New Zealand, 2007) revealed that transgender people experience high amounts of discrimination that negatively impact on their lives in many areas from employment to health to happiness. Go to http://glhv.org.au/files/Tranznation_Report.pdf for more information.
For information and definitions about TransGender Victoria go to www.transgendervictoria.com

Acting Up!
3CR Summer Specials
PX Whanau
In Ya Face
Out of the Pan