Thursday 4:30pm to 5:00pm
Examining, through an anti-fascist lens, ethno-nationalism, white supremacy and neo-fascism in so-called Australia, Aotearoa & around the world. Andy Fleming & Cam Smith talk to writers and fighters about angry blighters. 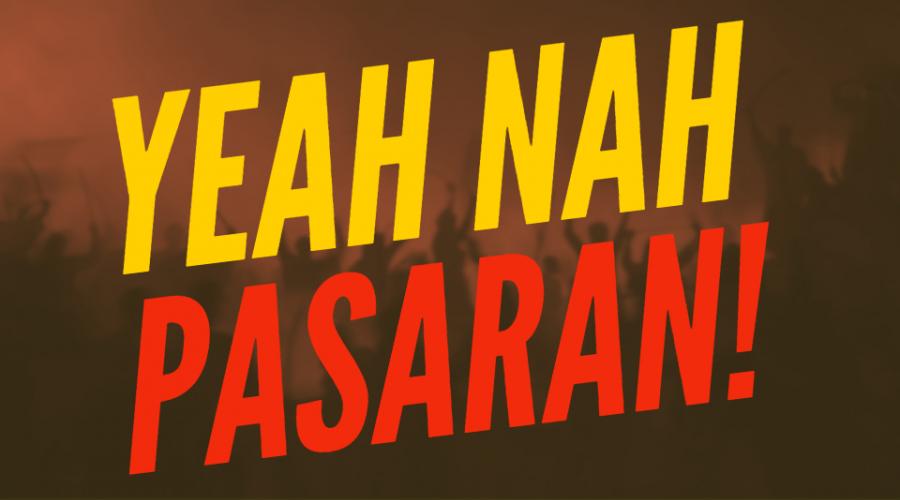 Andy and Cam have been keeping tabs on the far-Right for a minute or two now. After 10 years of misusing their timeslot on the Squatting & Unemployed Workers show to talk about fascism, they've decided to get serious and misuse their new show about fascism to talk about squatting every week. Below are some basic show notes, but a more comprehensive round-up can be found here.

We spoke to Jeff about his book on the Christchurch massacre and the environment which spawned it. You can check out the book in all good bookstores and libraries.

We spoke to Emmi about the Iron March leaks, Alexander Slavros and Dugin.

We spoke to Jason about his two big scoops on the neo-Nazi terror network The Base, the first revealing The Base leaders' true identity and the second revealing the presence of a long-term anti-fascist infiltrator in the group.

This is the New York Times article to which Jason refers in the interview.

We spoke to Alexander about his feudin' & fightin' with Glenn Greenwald as well as a bit about his book Against The Fascist Creep, and the ways in which fascists attempt to co-opt Left movements. With bonus commentary from Canadian social justice comic book publishers Ad Astra & Jeremy from the Giving The Mic To The Wrong Person podcast.

We spoke to Shuddhabrata Sengupta of the internationally acclaimed RAQS Media Collective about India's Citizenship Amendment Act and the powerful female-led protest movement which is resisting it. You can read his excellent article on the Shaheen Bagh protests here.

We spoke to Emily Gorcenski about First Vigil, How Hate Sleeps, Charlottesville and making Nazis cry.

We spoke to Shane Burley about the alt-Right and how it failed (OR DID IT?). We also discussed this piece in Full Stop Magazine. Shane's book, Fascism Today: What It Is & How To End It, is available from AK Press.

We spoke to Evan Smith about No Platform and the myth of a free speech crisis on university campuses.

We spoke to Megan Squire about how far-Right groups use technology and the alt-tech which is used to circumvent deplatforming.

We spoke to Roy from Paparoa (as voiced by Karina from 3CR) to discuss fascism in New Zealand and the work they do to combat it.

We spoke to Dr Stephanie Reist, a freelance writer & researcher in Rio de Janeiro about Brazil, Bolsonaro & Covid-19. You can check out some of Steph's writing for Jacobin here.

We spoke to Antti Rautiainen, an anarchist deported from Russia in 2012 for being too threatening to consitutional order, about The Network case and anti-Fascism in Russia more generally.

We spoke to US-based journalist Jason Wilson about the reaction to the COVID-19 crisis on the part of the Right & the far-Right. A number of Jason's recent articles on the subject have been handily compiled over here.

We spoke to Patrik Hermansson from HOPE Not Hate about the alt-Right, identitarianism, the Order of the Nine Angles and of course that dratted virus. You can get his new book here.

We spoke to Dr. Eviane Leidig about her research into Hindutva and its connections to the global far-Right.

We can't bring you our usual live prison broadcasts for Beyond the Bars in 2020 due to Covid-19 restrictions. BUT we will be bringing you the voices of Indigenous men and women from the inside each day from Monday 6 July to Friday 10 July at 12-1pm. 3CR Indigenous broadcasters have been recording messages, cheerios, poems, stories, raps and short interviews with some of the inmates over the phone at the Dame Phyllis Frost Centre, Loddon/Middleton Prison, Barwon Prison, Karreenga Annex and Fulham Correctional Centre. NAIDOC Week has been postponed to 8-15 November, but we wanted to reach out to the men and women at this time to facilitate their voices, and tell them they are not forgotten. Please listen in. Audio coming soon www.3cr.org.au/beyondthebars2020 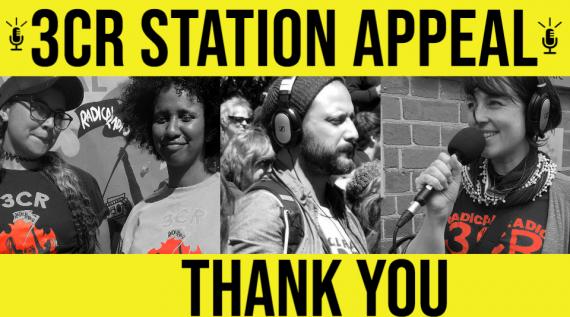 Thanks for your support

A heartfelt thanks to all of you who have donated to our June Station Appeal. We've really enjoyed hearing from our many loyal listeners and supporters, and have been humbled by your generous donations. Our Station Appeal is slowly bringing in the financial support we need to keep the station running for the next 12 months, but we are well short of where we need to be. Normally at this time of year we would be well on the way to reaching our $250,000 Radiothon target with fundraisers, gigs and other events. Unfortunately, many of the events that would help us reach our fundraising goals are just not possible. We're currently sitting on just $90,000. So with just one week to go to 30 June, we are giving the Station Appeal one last BIG PUSH! Thanks again for your support - it's really greatly appreciated. Donate today. 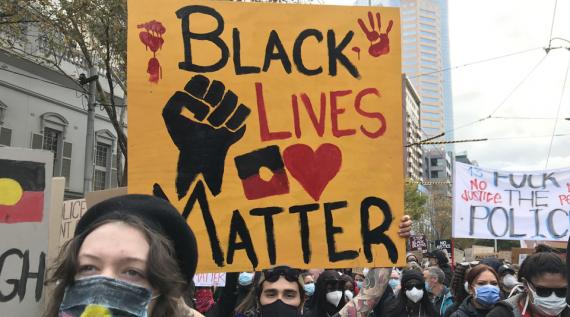 Today 3CR broadcast live from the Blak Lives Matter rally in Melbourne organised by the Warriors of Aboriginal Resistance. Catch up on the speeches and the calls for action. Listen now. #radicalradio #communityradio #BlakLivesMatter