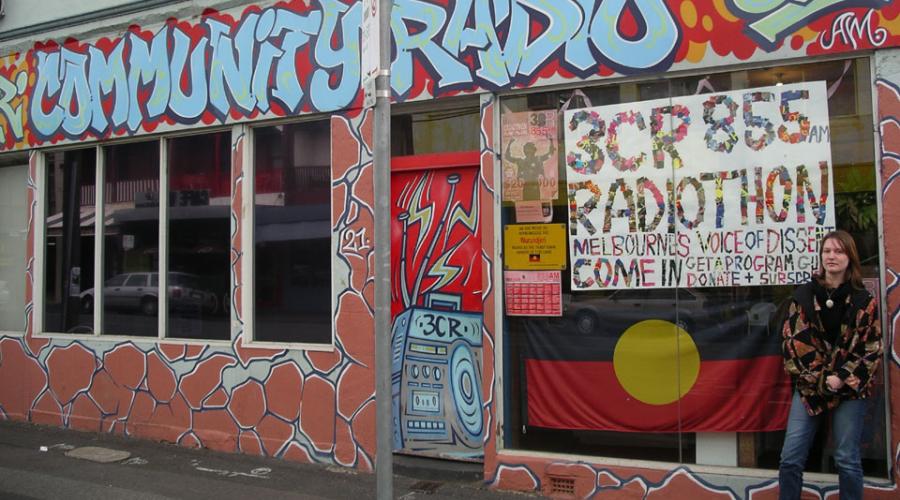 Blazing Textbooks is a new weekly half-hour radio show presenting anti-capitalist perspective on current issues in education from around Australia and the world. The program examines issues affecting students in higher education, TAFE, and rural areas.

We wanted a show on 3CR because students need avenues to publicise radical perspectives. After the Federal Coalition Government introduced Voluntary Student Unionism (VSU) in December 2005, student unions across the country have faced massive funding cuts. Over the past few months we have reported the unfortunate demise of advocacy and support services in student unions around the country. A recent report by the National Union of Students found that only two students unions - University of Western Australia and Murdoch, are self-funded.

All other student unions have either received substantial university funding, have collapsed or are surviving on limited reserves. Only two other organisations (Curtin Guild and UNSW Arc) look like achieving self-sufficiency in the next couple of years. Students at rural campuses and campuses that are not sandstone Universities have been hit particularly hard.

Blazing Textbooks first scorched the airwaves in December 2007 with a feature on the complexity of teaching issues of sexual assault, to coincide with the International Day of Action for Community Responses to Sexual Assault. Programs have included reports and interviews on the connections between Universities and the nuclear industry,
documented in the Australian Student Environment Network (ASEN) report, "Opportunities to Waste"; teachers strikes in Peurto Rico; Anarchist approaches to education; information from the national Student Income Inquiry about the particular financial disadvantage of
many international students; and the ripping off of postgraduate students.

In 2007 RMIT SU hosted the Rogue Education conference at Trades Hall to take stock of the state of our education institutions and critically reflect on tactics and strategies for resistance in light of VSU. Over the past few months we have presented extracts from this conference.