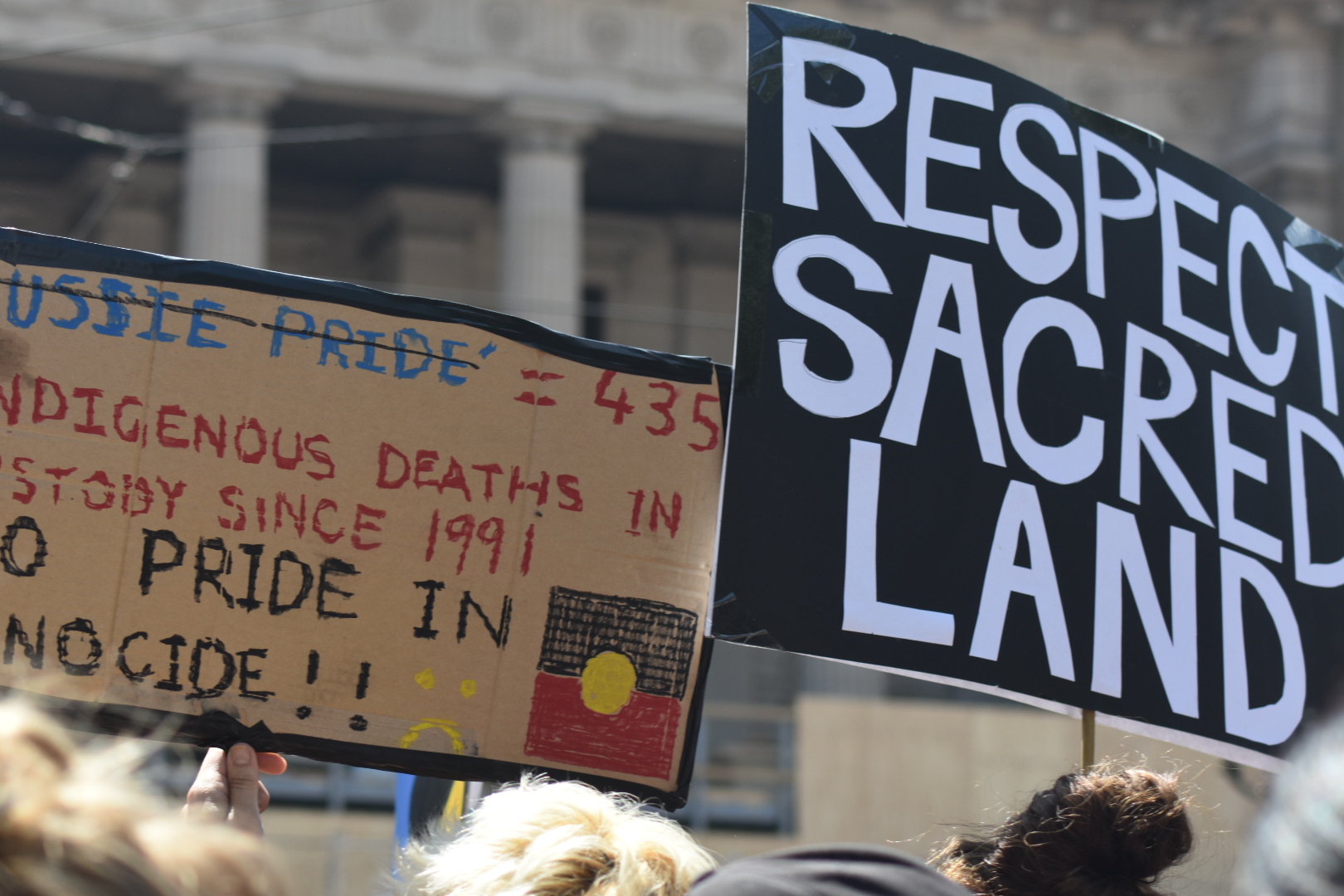 7:30am Thursday Breakfast speak with George Newhouse Principal Solicitor and Director of the National Justice Project about the recent High Court of Australia's ruling that the Australian Federal Court has the power to hear the claims of over 50 refugees and asylum seekers. Claimaints now have the opportunity to take action for breaches of duty of care whilst held in the custody of the Australian government restoring the right to challenge in court the nature of their detention. A fundraising campaign has been set up to help refugees access the courts.

8:00am Pride in Protest is campaigning to remove police and corrective services officers from the Sydney Mardi Gras parade in solidarity with #BLM. Keith Quayle joins Thursday Breakfast to talk about why cops in uniform have no place at Mardi Gras, and the ongoing community resistance to corporations and state operators involvement in the event. Keith Quayle is a Malyangapa/Barkindji gay man raised on Dharug country. He is the founder of NSW Community Advocates for Prisoners and is currently on the Trans and Gender Diverse Criminal Justice System Advisory Council and the Prisoner Interagency Advocacy sub-committees. He is a member of Pride in Protest, SWOP and Sydney Gay and Lesbian Mardi Gras Members Committee.

Listen to the podcast here.

9.30am  Michele Vescio speaks with Haig Kayserian, Executive Director of the Armenian National Committee of Australia, about the 27 September 2020 Azerbaijan-initiated war against the Republic of Artsakh, the misrepresentation and omission of the 1915 Armenian genocide in the mainstream media landscape, human rights violations, and how humanitarian aid can be provided to people within the Armenian diaspora, in the context of Human Rights Day 2020.

2pm- 4pm  Robbie Thorpe (Fire First) & Viv Malo (The Black Block) bring you their annual Human Rights Day special.
They will be joined by special guests including:
Robbie Patj Patj Mills was born Larrakia, Kungarakan, Mayali, Yangman, Jawoyn, Gurrinji (tribal language groups of Northern Australia). He is an owner/custodian of Aboriginal Lands, singer, songwriter, musician, recording artist, storyteller and leads Aboriginal cultural tours/experiences.
Irene Watson is a professor of law and currently an ARC Discovery Indigenous Award Fellow at the University of South Australia. Irene has published extensively in the area of Aboriginal rights and law, has worked as a legal practitioner and is an advocate within international fora. Irene has worked to protect country, including the recording of traditional language place names, oral histories and language. Her latest book is  Aboriginal Peoples: Colonialism and International Law – Raw Law.
Regina McKenzie is an Adnyamathanha artist.  In 2016, was awarded the Peter Rawlinson award for her outstanding contribution to protection of country, opposing a nuclear waste facility being situated on their traditional lands in the Flinders Ranges. The Seven Sisters songline, one of the most significant creation tracks in Australia, runs near the site. In 2020 their tireless efforts succeeded, and a different site was selected. Along with her sisters Vivienne and Heather they have just been awarded Human Rights Heroes 2020.
Jim Everett who also goes by his Aboriginal name puralia meenamatta, a playwright, poet and political activist, descended from the plangermairreenner of the Ben Lomond people a clan of the Cape Portland nations in North-east Tasmania.
Uncle Ned Jampijinpa Hargraves is a Warlpiri man from Yuendumu. ‘Our land is extremely important to our mob, it ties with our dreaming. We will fight this fracking all the way. Without water and without clean country none of us can survive.’

4.30pm  Yeah Nah Pasaran  For human rights day we'll be speaking with Greta Jasser, a fellow at the Institute for Research on Male Supremacism, about the relationship between the far-Right, misogyny & gendered violence.  Listen to the podcast here.

5pm Global Intifada  Womens struggles around the world with revolutionary and protest music.

6pm Behind Closed Doors Sex work is work. So why are sex workers treated differently by mainstream society?  People who are transgender are protected from discrimination under Australian law.  Sex workers in Victoria are not afforded those same rights. The Sex Discrimination Act makes it unlawful to treat a person less favourably than another person in a similar situation because of their gender-related identity, appearance, mannerisms or other gender-related characteristics of the person. Unfortunately this does not apply in other countries such as Singapore. Let’s work together and raise awareness of these issues.  Kitty, Sassy and Dean also discuss the challenges of being in lockdown and what the future holds. Trans rights are human rights! Sex worker rights are human rights!

This panel discussion is presented by Invisible Voices, a collaboration between Democracy In Colour and Forcibly Displaced People Network, in partnership with 3CR. 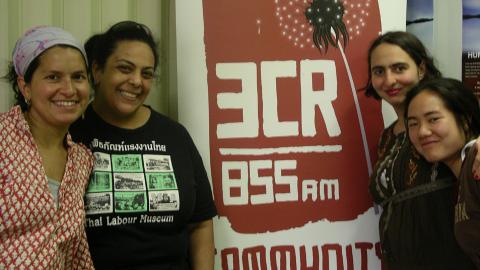