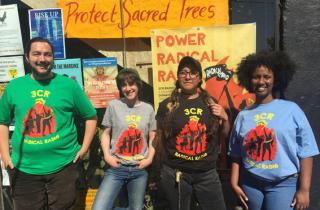 Wear your Radical Radio colours in one of 3CR’s new T-shirts! The bright new design comes straight from this year’s popular 2019 Radiothon poster designed by Aysha Tufa. Just $30 from the station at 21 Smith Street, Fitzroy, during business hours or order online anytime. 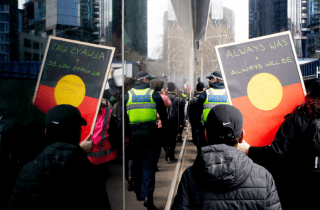 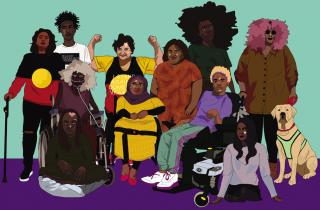 Power from the margins

On Disability Day this year we hear from BIPOC (Black People, Indigenous People, and People of Colour) with various kinds of disabilities across 12 hours of dedicated programming. On 3 December from 7am-7pm we'll feature 'Power from the margins' covering BIPOC perspectives, live music, artists and discussion. Check out the full details here. Poster art for 3CR Disability Day Broadcast 2019 by Rukaya Springle (aka clitories). Image description: A colourful digital illustration of a group of people with different visible and invisible disabilities, gathered together in a group. They have different skin tones, and appear to be different ages. One of the people illustrated is Jane Rosengrave; she is flexing her biceps and wearing an Aboriginal Flag t-shirt.

Lighting a revolutionary beacon in a world crying out for socialism 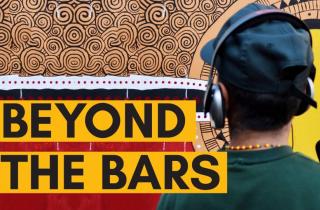 Beyond the Bars CD Launch 2019

Save the date! The 2019 Beyond the Bars CD Launch is on Thursday 14 November, 6.30-8.30pm at Maysar, Fitzroy Stars Gym (upstairs - accessible) on Gertrude Street. Guests, music and discussion on prison life, justice, and the power of radio. All welcome. Free CDs, snacks and non-alcoholic beverages provided. 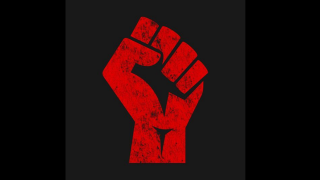 A radical current affairs program providing a critical analysis of a topic in the news cycle that deserves closer inspection. 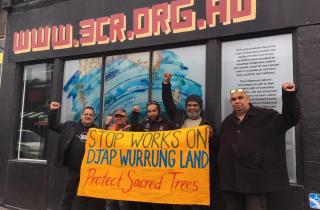 Tune into 3CR for ongoing coverage of the struggle to protect Djap Wurrung heritage. You can also catch up on coverage from this year, and last year, that gives voice to the powerful fight to stop this senseless destruction of land, trees and country. Listen online now.  (Pictured: 3CR broadcasters L-R Ross Morgan, Robbie Thorpe, Haiden Briggs, Johnny Mac and Kutcha Edwards showing their support for the Djab Wurrung Heritage Protection Embassy). 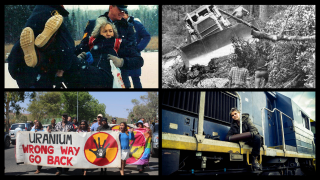 Ratbags, Peaceniks and Agents of Change. Resistance radio that explores the movements that made us, drawing from the activist archives through to voices of resistance today. We take you under the hood to see how collectives and campaigns are formed, mobilise people, work cooperatively to transform systems of oppression and are sustained over time.