Saturday 8:00pm to 9:30pm
Shake, Rattle and Roll is one of 3CR's longest-running music shows, beginning as it did in 1976 when 3CR first went to air. Showcases the Roots Music side of 50's Rock'n'roll. 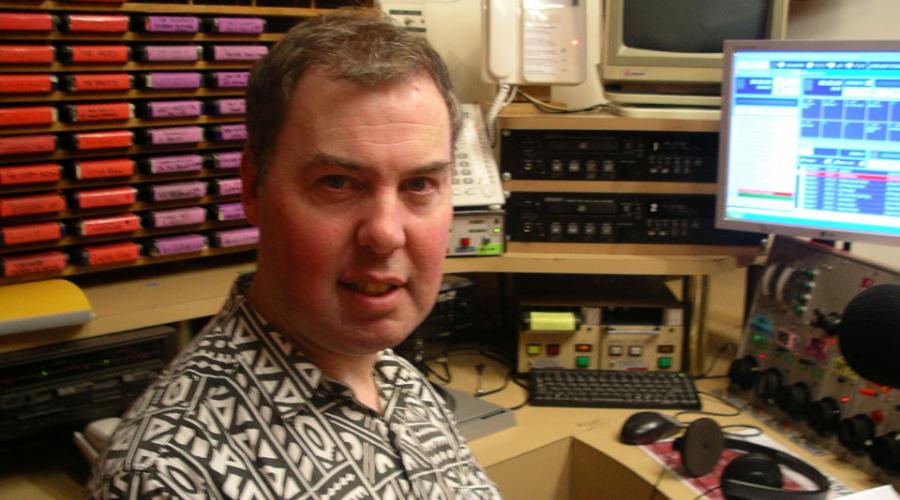 About Shake Rattle and Roll

Shake, Rattle and Roll is one of 3CR's longest-running music shows, beginning as it did in 1976 when 3CR first went to air. It is presented by The Australian Rock'n'roll Appreciation Society to showcase the Roots Music side of 50's Rock'n'roll.

The enormous significance of 50's white youth embracing black music and blending it with white popular musiclaid the foundations for the greatly enlightened attitudes we feel today for racial tolerance and integration.

These attitudes cannot be achieved by legislation, but only by cultural assimilation and education. Music spreads these attitudes without resorting to preaching. Of course, this takes time, and it's nowhere near complete.

Le's go back to 1956 when Chuck Berry was booked to play in Knoxville, Kentucky, and was refused entry because of his skin colour; to 1958 when the first black students enrolled in a white school in Little Rock, Arkansas; to the 1960's when a lot of black musicians went to Britain and Europe and enjoyed acceptance and success, which held them in good stead when they returned home; to the eventual dismantling of the Apartheid regime in South Africa.

50'S Rock'n'roll did not dismantle Apartheid, but it did herald the change in thinking that led to the international condemnation that pressured the old South African attitude to change.

White America had adopted Negro folk music previously, with Jazz in the 1920's, which was sanitized in the early 1930's as Swing, and Boogie-woogie in the late 1930's. White musicians came to the fore and the black musicians played second fiddle. This was soon to change. Pat Boone had the first success with Tutti-Frutti, but his version has been relegated to obscurity as the raw power of Little Richard took the world by storm. The black music of the 1950's is music of unparalleled excellence, and Shake, Rattle and Roll takes great delight in presenting this culturally significant music to the public. We play all streams of 50's music, black and white.

The other reason that we play good ol' Rock'n'roll is that listening to it makes us feel so damn GOOD!!

All the current presenters have been presenting Shake, Rattle and Roll for a number of years and play their favourite rock 'n' roll including rare recordings. 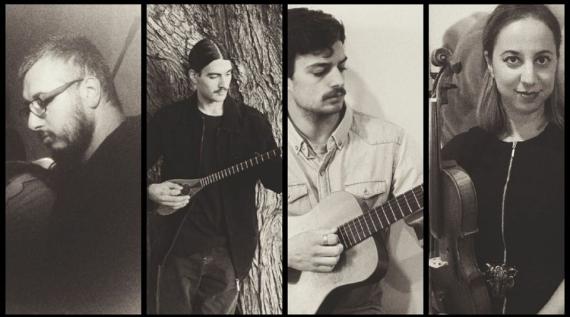 Come along to Cafe Gummo for a night of Rembetiko/Latin music to keep Greek Resistance Bulletin on the air broadcasting dissident voices in the capitalist media hellscape. Performers on the night include a rembetiko ensemble featuring Alexander Petropoulos, Paul Dounias, Joseph Tsombanopoulos, Katerina Stevens (pictured) and Rosco Heck. Supporting them on the night will be Oscar Poncell. Wednesday 7 September from 8pm, 711 High Street, Thornbury, $10 entry. Event details here. 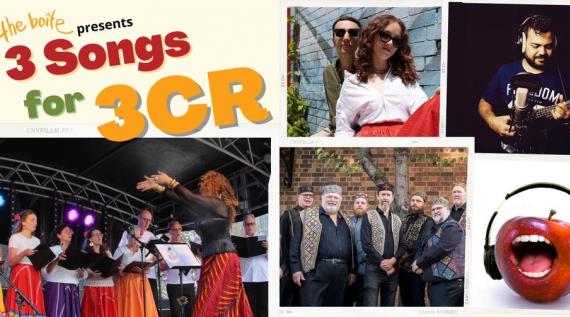 3 Songs for 3CR with The Boite

Each year singers and artists gather to present a fundraising concert to support the station. After a hiatus of two years, '3 Songs for 3CR' is back on the calendar for a cluster of singers and performers who gladly support the work of the station. For listeners looking for an alternative perspective, or the voices of the unrepresented, 3CR, is the place to go. For musicians, Music Sans Frontieres, presented by The Boite, and the host of other music programs offer airplay and opportunities nowhere else available. This year’s event is at 1 Mark St. North Fitzroy, on Friday 26 August. Four community choirs and several artists from The Boite’s newest project, Portfolio, are joining forces to fill a night with song. Enjoy songs and tunes from Sonidos Del Alma, Gorani, Mixed Drinks, Pal Mar, Feel Good Choir, Pratik Saurav. Come along and support them, and Melbourne’s boldest community broadcaster. '3 Songs for 3CR', 7:30pm, Friday 26 August, 1 Mark St. North Fitzroy, entry $25, $20 concession. For bookings head to www.boite.com.au.