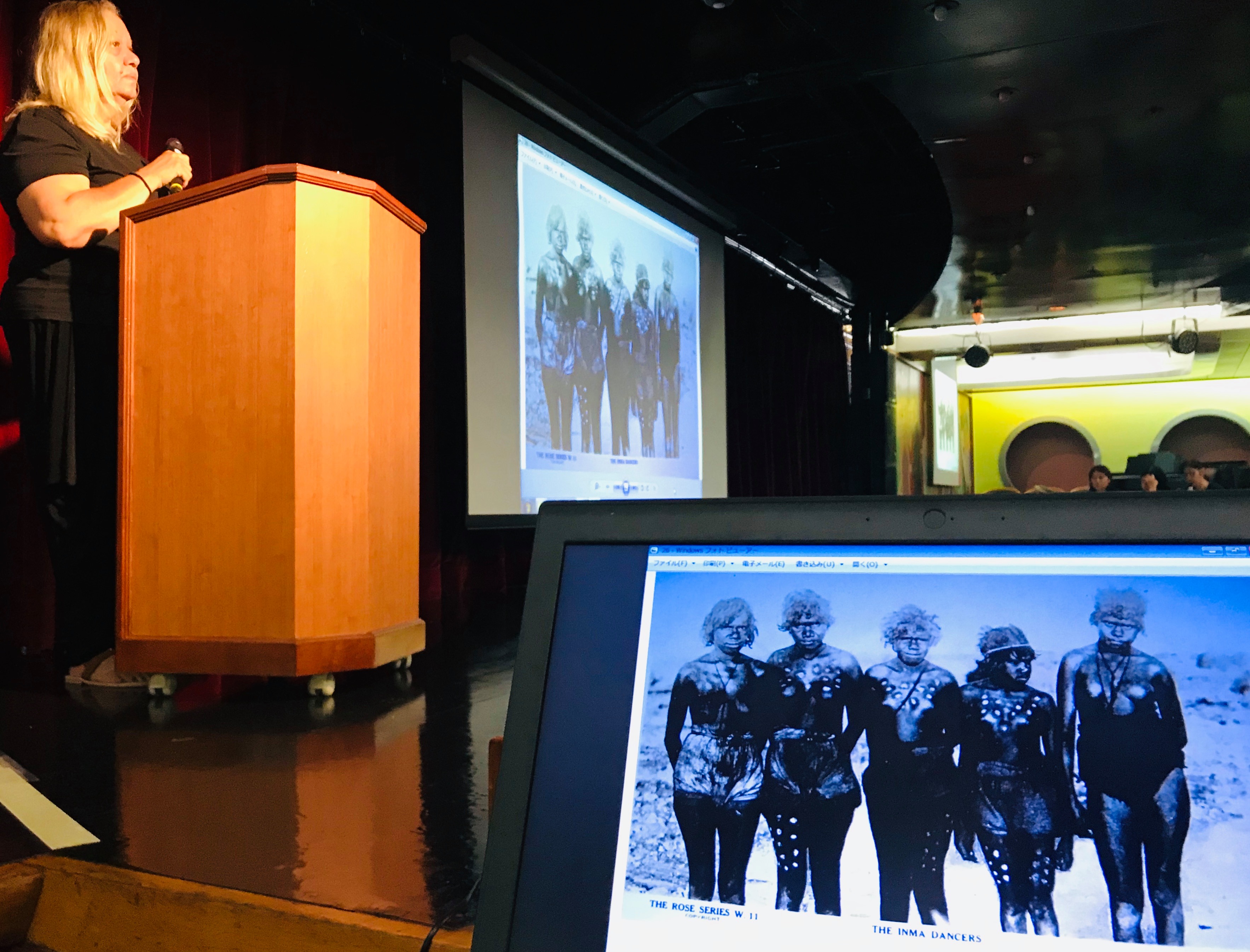 Earlier this year, the Japanese Peace Boat made its 103rd voyage to this country, visiting Fremantle, Adelaide, Melbourne and Sydney.

Anangu Spinifex woman, Debbie Carmody on her recent time on the Peace Boat.  Debbie was invited as a guest educator on the Peace Boat as part of the International Campaign to Abolish Nuclear Weapons (ICAN) workshops series, All Aboard.

Debbie gave a powerful history lesson, speaking  of her families terrible suffering from the nuclear fallout from the Maralinga atomic bomb tests from the 1960’s and how her people became some of the first environmental refugees from their country, Ooldea. Moving from this country to now what is called Mulga Rock in the Great Victoria Desert, 240 kilometres east-north-east of Kalgoorlie, her people are fighting against the proposed Vimy Resources, Mulga Rock uranium project.

Ending the speech, you will hear from Peace Boat organiser and translator, Rika Watanabe, who was moved to tears, along with many others in the room from Debbie's speech.