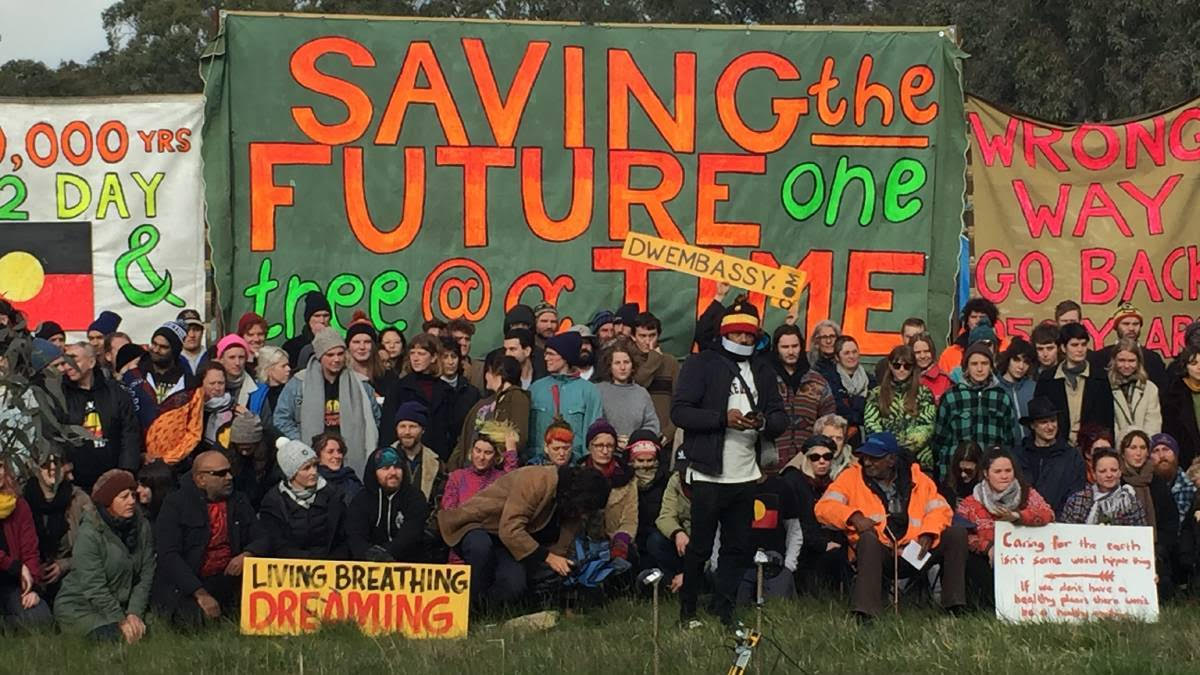 Interviews and updates from the campaign to protect Djab Wurrung country from destruction for the Western Highway extension.

Djab Wurrung Eviction: Our Way, or the highway - Earth Matters, 25 August 2019.  Red alert call out NOW for people to come and support on the ground as they stand strong against the full force of the Victorian state. In the last few days hundreds of people have been visiting and staying at the camps, and this level of numbers is currently keeping the bulldozers out. So if you can make it down there over the next week, even just for the day, or longer. FEAT: Alfred Bamblett, Lidia Thorpe, Aunty Sandra Onus,Uncle Kevin Buzzacott;and guest presenter Robbie Thorpe from Fire First. Produced by Nicky Stott.

In Solidarity with DT Zellanach Tuesday Breakfast May 21st  Athena, activist and supporter of the Djab Wurrung Protection Embassy joins us from the Melbourne Assessment Prison to provide an update on the detainment of DT Zellanach , leader and one of the most vocal activists of the movement.  Zellanach is currently being detained by Victorian authorities on remand over some minor offences.  Activists contend these are a way to keep him from the embassy. Listen here

Djab Wurrung Embassy (+ Student Strike 4 Climate) - Women on the Line, 25 March 2019.  Women on the Line spoke with Aunty Sandra Onus on Thursday 21st March. As of publication the Embassy are requesting support and for people to come to camp as police pressure to start works is increasing once again.  Listen here.

Koori Survival Show -19 March 2019.  Blak Betty from Blaknoise Radio speaks to Djab Wurrung elder Aunty Sandra Onus for the latest update from the Djab Wurrung Embassy camp, where VicRoads is planning on destroying sacred and culturally significant trees on Djab Wurrung land.  The camp has been running for months and needs fresh volunteers to join: Will from Wednesday Breakfast  provides directs to Top Camp  - Warrayatkin Rd, off the Western Hwy between Ararat and Buangor, two hours from Narrm (Melbourne). Tune into 3CR at 11am Wednesdays for update on Fire First.  Listen Here