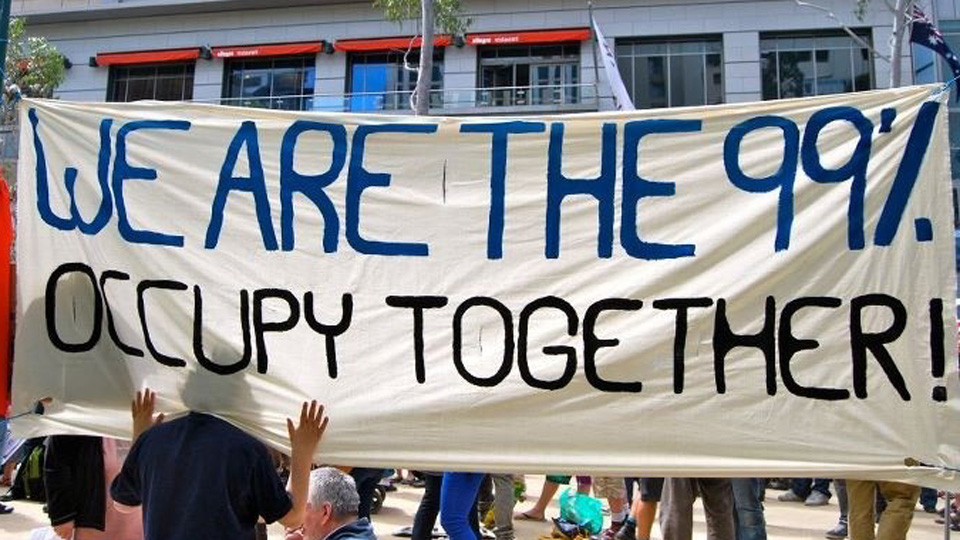 On Friday 21 October 3CR 2011 covered the Occupy Melbourne protests and violent eviction from the City Square. You can listen to excerpts of the coverage below, as well as special editions of regular shows such as Anarchist World This Week, Done By Law and the Stick Together Show.

For more information about the Occupy Movement tune each day to listen to social justice issues and alternatives on 3CR's diverse range of current affairs programming. 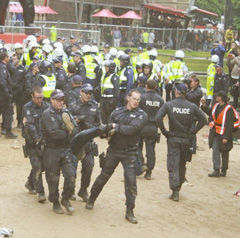 Take a tour with Nicky Stott from Food Fight of the Occupy Melbourne kitchen to get an insight into what kinds of things were happening at the camp before the eviction. Listen now (5MB / 10:49min) 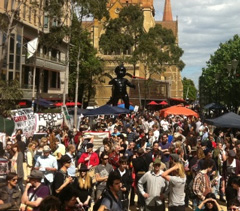 And on the Stick Together show presented/produced by Diana Beaumont documentary audio recordings of theviolent police eviction of the #occupymelbourne protest. Featuring an interview with Sam Salvidge about union and worker participation in #occupymelbourne. Sam Salvidge works for the National Union of Workers, and is a member of the community and union outreach group of OccupyMelbourne. Listen now (13.4MB / 29:13min) 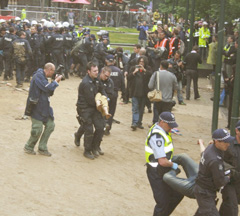 On Friday 21 October, the Victorian Police, acting on instruction of Melbourne City Council, moved to forcefully evict the Occupy Melbourne movement which had been camped in City Square for the previous week. In the process police officers attacked and assaulted protesters and arrested over 80 people, the majority without charge. The Done By Law team talks to members of the Occupy Melbourne Legal Support Team about the reports of police violence and brutality as well as legal questions concerning whether it was lawful to evict people from public land, the powers and authorities of Melbourne City Council enforcement officers and legal questions surrounding the confiscation and destruction of camp property by Melbourne City Council. Listen now (12MB / 26:06min) 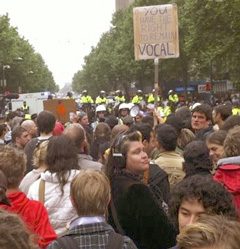