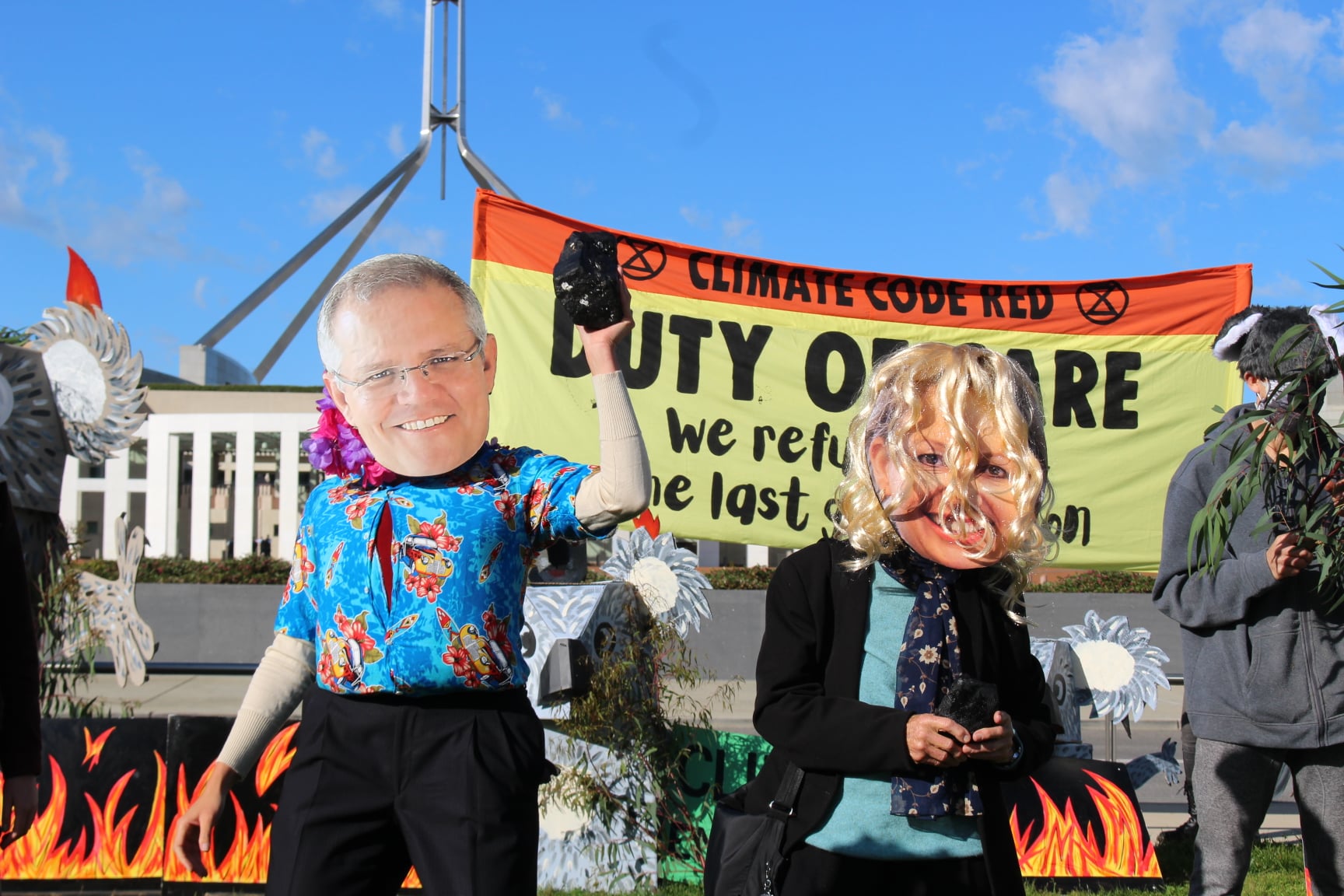 The lead up to the global climate chaos meetup in Glasgow saw escalating actions from Extinction Rebellion and Blockade Australia.The theme was Duty of Care to kids from the harm of climate disruption impacts. In Canberra empty white prams pushed by people dressed for a funeral circled the forecourt of Parliament house in a  day and night week long walking meditation.

Midweek, giant burning koalas blocked the Parliament House ring road while Scot Morrison and Susan Ley impersonators glued themselves to the white line in the middle of the road. At the weeks end the  23 prams paraded together led by Uncle Albert Hartnett. He talks of solidarity between eco activists and aboriginal people and calls  for participation in the 50th birthday of the Aboridginal Tent Embassy in  January 2022, in Canberra.

This week's show is #1322 and was produced by Bec Horridge