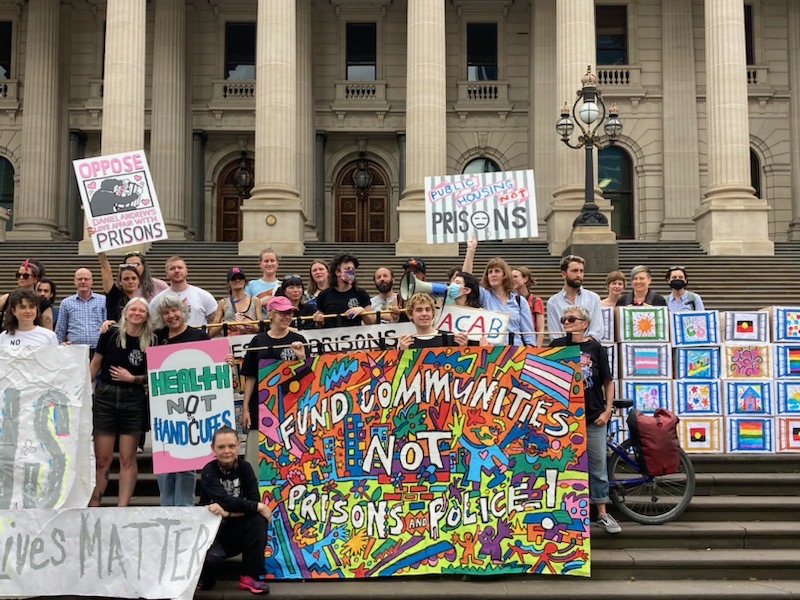 Welcome to Part 1 of the Homes Not Prisons radio series.

Homes Not Prisons is a campaign established in March 2021 to stop the expansion of the maximum-security women’s prison in Melbourne’s western suburbs, the Dame Phyllis Frost Centre, and divert the funding to public housing and Aboriginal community controlled housing.

On the 21st October 2022 Homes Not Prisons held a rally in Naarm/Melbourne on the steps of Parliament house to bring people together and raise community awareness.

Catch the next Episode to hear from a diverse range of people that showed up at the rally about why they’re fighting for homes not prisons.