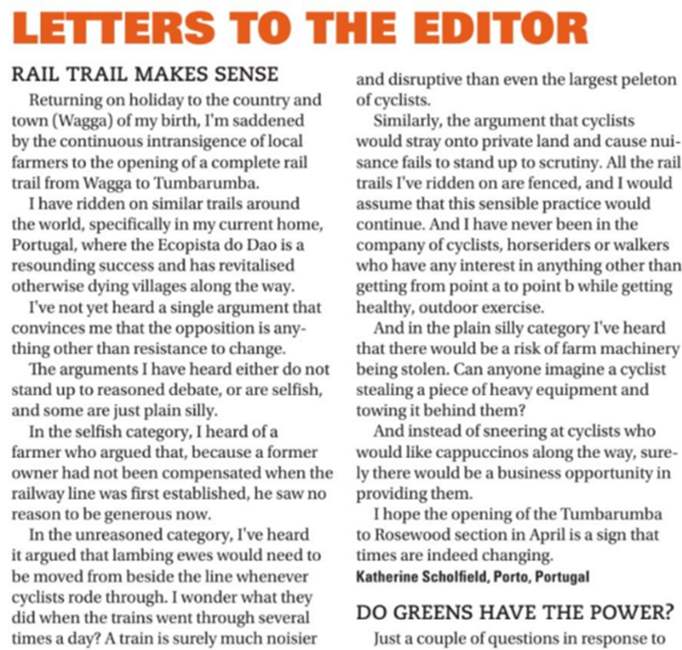 Chris and Steve return to the 3CR studio for 2020, with the ongoing Australian bushfire crisis we discuss impacts ranging from Steves route for the Hunt 1000 back in November, Audax Alpine Classic and how bikes can help fire impacted communities such as Mallacoota

Cycling news: Paris’s mayor has a dream of ‘the 15-minute city’, Bike riders forced onto Moreland streets for 18 months after Upfield bike path closure and Victoria will finally join other states and introduce a 10c refund on bottles and cans

This weeks interview: Phil Barton from Batlow-Tumut Rail Trail Project: we first spoke to Phil back in February last year. Batlow and surroundings were severely impacted by the Dunns Road fire in early January and no doubt many people saw Matt Robert’s horrifying photos of burnt forests, dead animals while he was driving into Batlow on 5th January plus the incredible work by local RFS to save the town.

Phil discusses massive economic challenges facing the Batlow area, the need for immediate government support, Eastern Riverina Rail Trail Alliance, support from local politicians and very surprisingly, no support from the Snowy Valleys Council since 2006, a situation that needs to change to the positive in wake of the bushfire crisis. Read here about how you can assist this rail project.