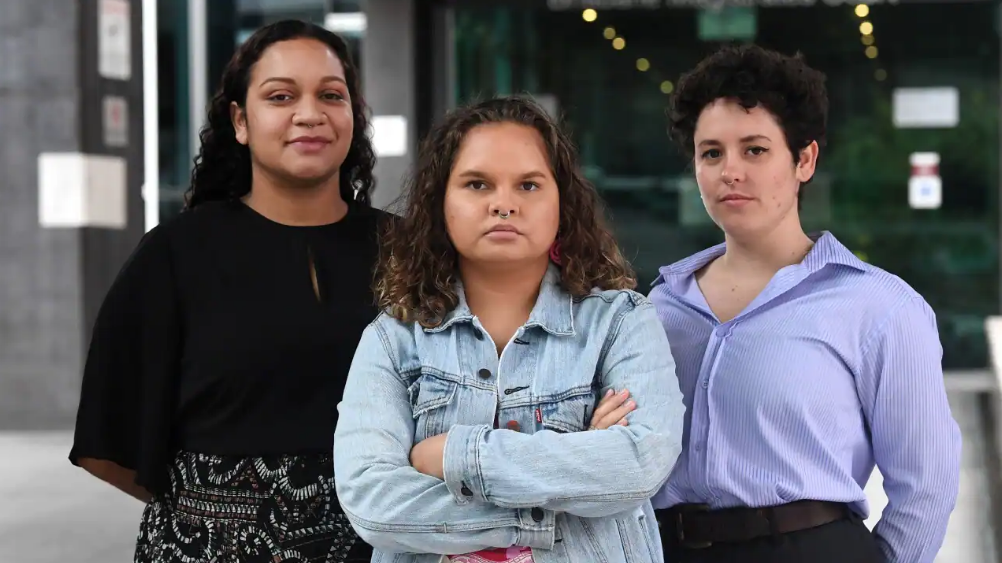 7:20 Murrawah Johnson, a Wirdi woman, First Nations Program Lead and Co-Director of Youth Verdict, talks about Youth Verdict's win against Waratah Coal, the massive Clive Palmer-owned Galilee Basin coal project. Last week, a Queensland court said that the coal project should not go ahead because of its contribution to climate change, its environmental impacts, and because it would erode human rights. It was the first time human rights arguments were used in a climate change case in Australia.
7:45 Nahui Jimenez, a Mexican-Australian socialist and community activist, talks about the recent state election and the role that race and class played in them. Nahui believes that racism, Indigenous oppression, climate change, the housing crisis, and the many other big challenges we face as a society are grounded in the destructive, competitive nature of capitalism. She has been involved in the Campaign Against Racism and Fascism, organised campaigns against far right, neo Nazi, and Islamophobic groups, and has worked with young leaders of the Sudanese community to counter the racist hysteria and more.
8:05 Fleur Taylor, Vice President of Victoria University's National Tertiary Education branch, talks about what the latest changes at the university mean for staff and working conditions. It was reported recently that VU will be going through another restructure, with big changes to the university's colleges, strategic direction, and more. This comes after 2020 saw university wide staff redundancies, job cuts and changes to working conditions. (This interview originally aired on Tuesday Breakfast on 22 November 2022)
8:15 Mila and Ithonk, members of Needle n'Bitch Collective - an anarcha feminist collective based in Indonesia, talk about the history of the collective; the creative and educational workshops and support services provided by the group, and the importance of raising awareness about sexual health and reproductive rights within communities. Regular listeners of 3CR Breakfast may recall that a couple of weeks ago, Tuesday and Thursday Breakfast spoke with Emma and Anne-Lise from Incendium Radical Library and Collective about their fundraising gig for Needle n’Bitch.
Songs: