Jobkeeper, Senegal, Make a Fuss, Fight Together for Justice, AUWU 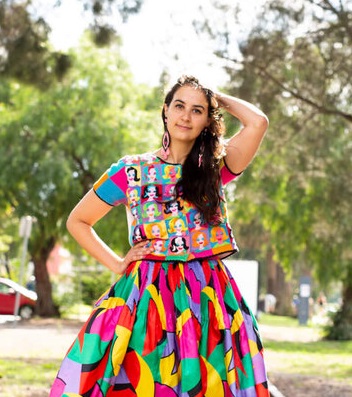 Senagal, once one of the most stable African countries, has been undergoing severe politcal unrest and protests, in relation to the arrest of popular opposition leader Ousmane Sonko. The protests have also been fuelled by economic inequalities and concerns over young people's standard of living.

Interview: Kannagi speaks with Kate Robinson, the 2020 Feminist in Residence at the Queen Victoria Women's Centre, about her exhibition Make a Fuss, women not wanting to stay silent anymore and exploring biracial identity.

Interview: Genevieve speaks with Ria (she/they), a youth worker based in Naarm, who has been a passionate advocate for social justice for many years. As the daughter of migrant parents, she feels very personally about global immigration rights. She has been fighting in the refugee movement with grassroots activist group ‘Fight Together for Justice’, and maintains close friendships with many refugees in detention and in the community. She believes in the right to safety and freedom for all human beings.

Kristin O’Connell, media spokesperson for the Australian Unemployed Workers Union, about the implementation of the cashless debit card, and the impact of the discontinuation of JobKeeper and Rental Moratoriums will have on under and unemployed Australians