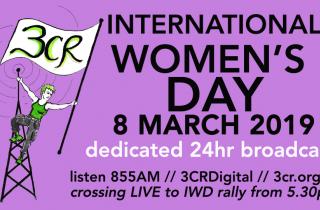 Celebrate International Women's Day this year with 3CR! On Friday 8 March we’ll bring you 24 hours of non-stop radio by, for and about women. Join our fabulous women and gender queer broadcasters as we talk with talented Melbourne activists, songwriters, storytellers and musicians making a difference. Between 5.30 and 6.30pm we’ll broadcast live from the IWD rally at the State Library in the city.  Check out the schedule for the day here. 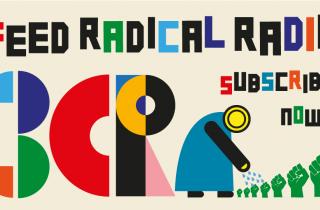 The community of passionate members that founded 3CR made some tough decisions. They committed themselves and a growing community of listeners to back their vision of owning our station, and remaining independent of government or corporate influence. They did this by fundraising brick by brick, with working bees, door knocking and on-air drives and it is with the surety of this ownership that 3CR survives today. We are evolving and growing with the challenges of our times, driven by the energy, politics and passion of our volunteers and members who turn up and do the work - week in, week out. And we need your commitment to keep us on air. Show your support during Subscriber Drive 11-17 February 2019. Feed Radical Radio - subscribe now. 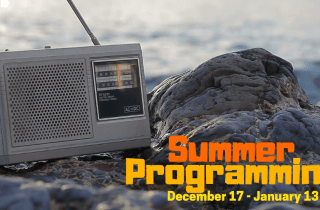 3CR wishes our listeners and supporters all the best for a relaxing summer break, and looks forward to a year of political action and change in 2019. But remember, there's no need to change that dial! Listen up this summer for some great radio ... from psychedelic music to feminist perspectives - environmental blockading to rebel girls and wicked women ... and much, much more. Listen live, or listen back at your leisure - check out all the programming details and listen back to shows you may have missed here. 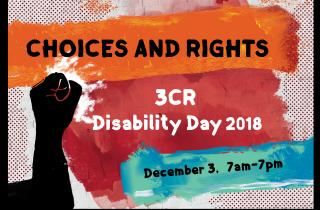 International Day of People with a Disability is coming up on Monday 3 December and we have an exciting lineup of advocates, artists and radical disabled activists for our dedicated 12-hour broadcast. We will be featuring live performances from singer/songwriter Heidi Everett and the amazingly talented cast of Not Normal from the Melbourne Fringe Festival. You will also hear some familiar voices with special episodes of Chronically Chilled, Billabong Beats, Doin' Time, Raising Our Voices and Brainwaves from our regular 3CR programmers. Tune in from 7am-7pm on Monday 3 December to help us fight for the choices and rights of disabled people. 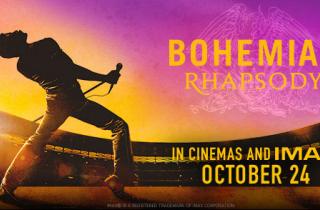 Join us for a night out at the movies! We are screening 'Bohemian Rhapsody', the Freddy Mecury biopic tracking Queen's meteoric rise through their iconic songs and revolutionary sound. Thursday 8 November, 6.20pm at the Palace Westgarth Cinemas, 89 High Street, Northcote. UPDATE... SOLD OUT! Thanks to everyone for your support you can collect booked tickets at the 3CR stall in the foyer of the Palace Westgarth. 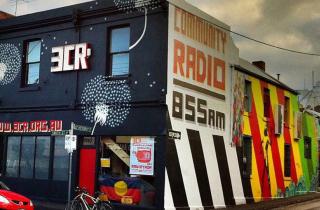 Vote here! 3CR is in the running to receive nearly $100,000 to help us retrofit our station for greater accessibility. That means better hand rails, doors, taps, ramps and more to provide better access for everyone. But we need your support! Do you live within 5 kilometres of the station at 21 Smith Street Fitzroy? If you do, you’re eligible to vote for us. Our project is part of the Victorian State Government’s Pick My Project scheme, and you can jump online and vote for 3CR’s Community Radio Accessibility Project now. It’s only with your vote, that we can receive this important funding to make our station more accessible. Vote now and tell your friends! 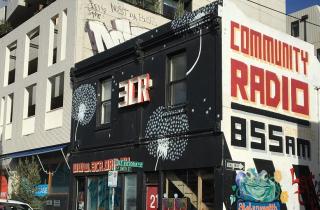 Would you like to come on a tour of the station at 21 Smith Street, Fitzroy? 3CR is part of this year's Open House Melbourne on Saturday 28 and Sunday 29 July. We're throwing open our doors to the public, so make sure you secure a ticket online now. Come and see programming in action, jump behind the mic and meet some of our volunteers. 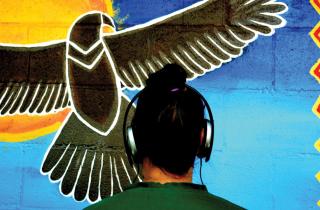 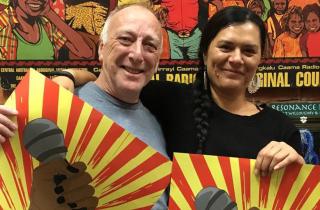 Fight For Your Mic! Radiothon 2018

The world is awash with digital communication, yet there’s never been such a lack of political alternatives. Information is the new commodity and truly alternative visions for justice, equity and sustainability remain elusive. Thankfully, community and alternative media continue to step into the void to fight for community justice, action and alternatives. Despite all that we know about the importance of representation, it is still a revolutionary act to put a mic in the hand of someone denied a voice, and more than four decades later 3CR Community Radio continues to do just that. Fight For Your Mic captures the station’s ongoing commitment to fighting for a better world through the medium of radio, and during our annual Radiothon fundraiser we ask all our supporters to donate so that we can stay radical and independent. Donate now or call the station on 03 9419 8377. 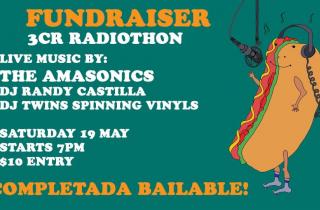 What the hell is a completo anyway?

Come along to a night of music and food in support of Completada Bailable and find out just what a Completo is! Saturday 19 May from 7pm, $10 entry. Moreland City Bandroom, 16-22 Cross Street, East Brunswick. Live music and Chilean hot dogs!