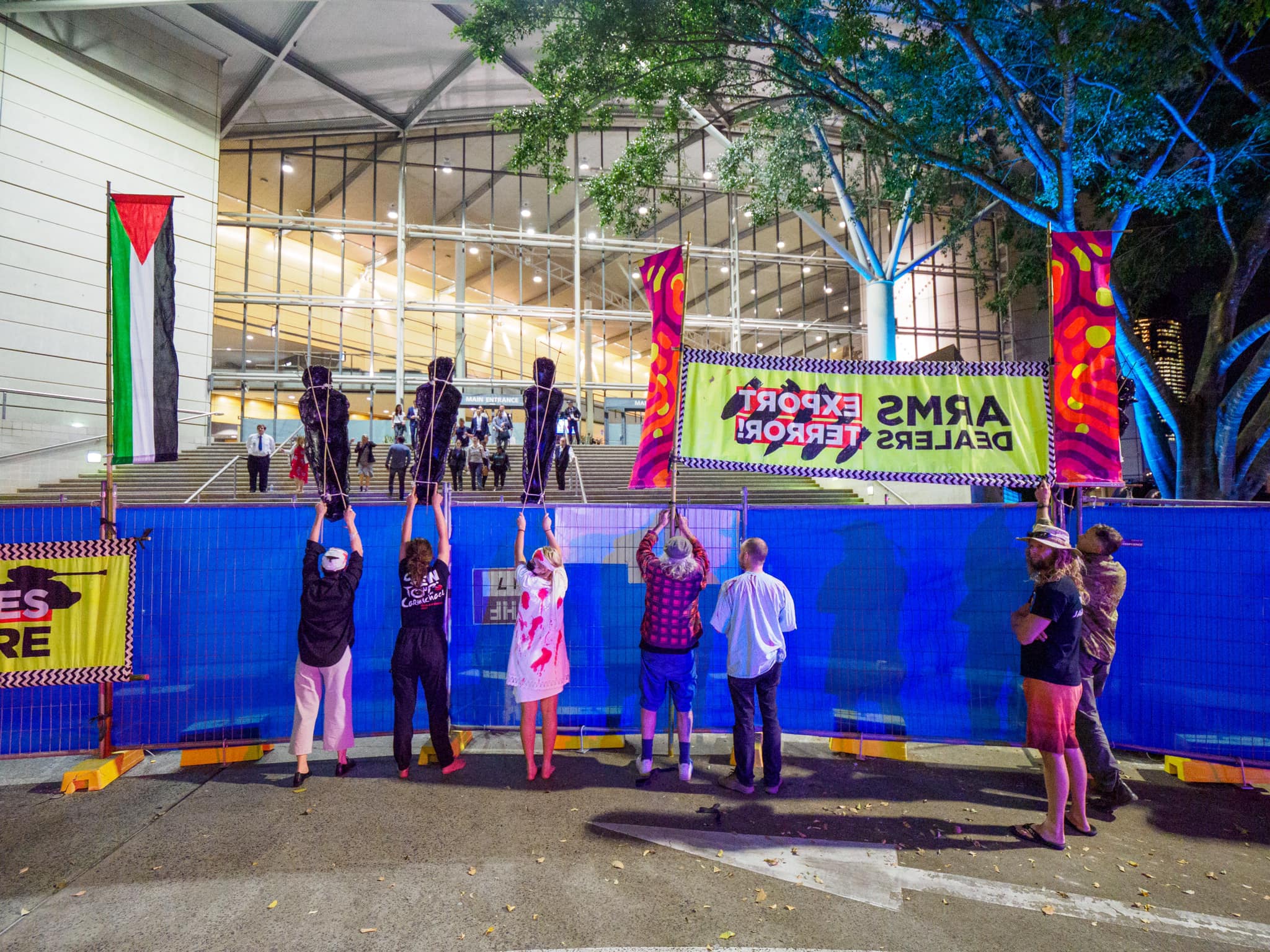 Mere Tuilau spoke about self-determination and the Pacific Global Youth Movement pursuing the full UN Prohibition of Nuclear Weapons Ban as part of the Reverse The Trend Pacific event hosted to mark the International Day for the Total Elimination of Nuclear Weapons. Pacific youth continue to raise their voices against the twin existential threats of nuclear weapons and climate change that threaten the Pacific region and the entire world.//

SUWA Show's Iain McIntyre takes a look at arms fairs in Australia and the local history of community resistance against these events. Iain has written extensively on this topic in the book Always Look On The Bright Side Of Life: The AIDEX ’91 Story, which gives a detailed account of the November 1991 protest where over 1000 protesters blockaded the National Exhibition Centre in Canberra for 12 days with the aim of shutting down the Australia International Defence Exhibition.//

We are joined by Matt Kunkel, CEO of the Migrant Workers Centre, who speaks on the Centre's new report ‘Waiting to Be Seen: Problems of Australia’s Visa Processing Delays’. The report shows that Australia’s migration system has denied tens of thousands of people the stability and certainty to build their lives, with unacceptably high numbers of onshore visa applicants, some of whom have waited as long as three years for the outcome of their applications.//

We call in for live updates from Disrupt Land Forces 2022, an anti-militarist week of protest against Land Forces, which is the largest land-based weapons expo in the southern hemisphere. Disrupt Land Forces is running from 1-7 October, creatively disrupting the military industrial complex and fighting back against weapons manufacturers including Thales, Elbit, Rheinmetall, Electro Optic Systems Australia, Boeing and NIOA. Keep up to date by following along on Facebook, Instagram or via Disrupt Land Forces’ website. Find out more about and get involved in anti-war organising by visiting Wage Peace.

During the chat, Zelda mentioned Uncle Ned Jampijinpa Hargraves’ staunch resistance at NIOA headquarters during DLF22, bringing the call for an indefinite police ceasefire to the arms manufacturers supplying Australian police. Find out more about the Karrinjarla Muwajarri campaign here.//

Iranian-Australian photo media artist and costume designer Ramak Bamzar joins us today to share her experience of growing up in Iran, Mahsa Amini's recent death, the ensuing fight for freedom led by women and how creative practice has helped her tell the stories that need to be told. Ramak’s work explores the connection between the male gaze and beauty standards in Middle Eastern pop culture. Through staged photography, she delves into her vulnerabilities, memories, and anxieties to explore the formation and development of female identity under religious dogma and traditional values.//