Arika Walu - Warriors of the Aboriginal Resistance - Robbie Thorpe from Blak 'n' Deadly 3CR has a qucik chat to Arika as she Introduces the forum.

Stolenwealth Games Update: The  Stolenwealth Games protests are happening over the next ten days to highlight ongoing issues of inequality and genocide. Ruby Wharton from (WAR) Warriors of Aboriginal Resistance spoke with Lily McKenzie from the Brisbane Times as they stopped the Commonwealth Games baton relay passing through the Spit at Southport on the Gold Coast during a peaceful protest yesterday afternoon. Over the next two weeks the protest camp will be a at Broadbeach ( Gold Coast), It will be a central hub throughout the games for demonstrations, public forums and discussions, as well as workshops for cultural sharing and resistance concerts when the sun goes down  https://www.facebook.com/WARcollective/
Tony Birch in conversation with Claire Land (@ClaireLand) - Author of Decolonising Solidarity - about her new book and working as an ally from the Black GST Forum  which was held at the Melbourne Museum on Sunday 21st February 2018....
Tweet 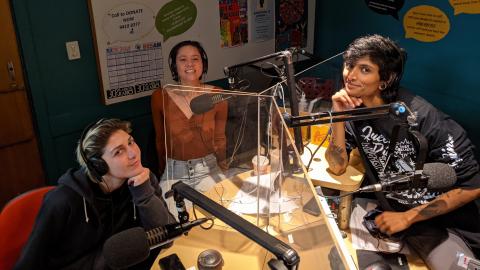