Jacques remembers one of the most influential educational thinkers of the last 60-or-so years; Paulo Freire, who was born 100 years ago in recife in Brazil, influenced two generations of development and emancipation activists.

This started with his literacy work in Brazil in the early 1960s and after his exile from his country under the military dictatorship in 1964, spreading right across Latin America and working with the World Council of Churches, all over the world.

The publication of his 'Pedagogy of the Oppressed' in 1970 inspired large numbers of  educators both in the formal and informal sectors and his writings became obligatory inclusions in the curricula of social work, community development and social change across the world.

Jacques has personally worked with Freire and remembers his 'conscientisation' approach vividly as well as its integration in many formal university courses he has taught in. It would be very useful to go back to this work and reintroduce it during the rather troublesome times we live in at present.

Freire, P. and I. Shor (1987). Freire for the Classroom: A Sourcebook for Liberators Teaching.

Freire, P. and H. Giroux & P. McLaren (1988). Teachers as Intellectuals: Towards a Critical Pedagogy of Learning. 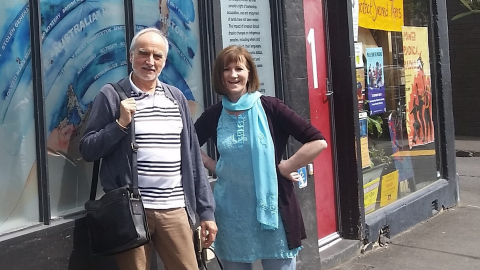 Key values for a better future - relationality, diversity, and inclusion

Countering the worldwide trend toward austerity

Wellbeing, equality, education, corruption, and more - What can we learn from Finland?

Is this the end for shape-changing capitalism?