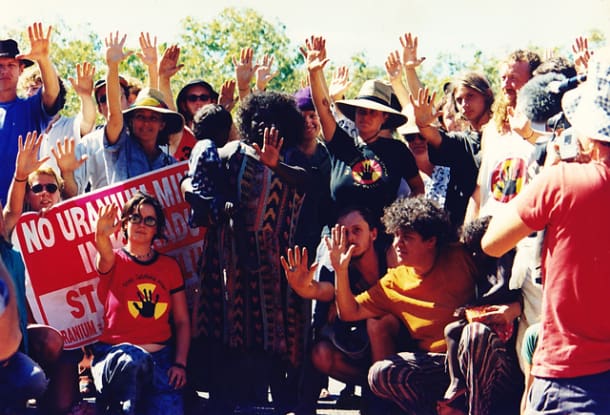 From Jabiru on the lands of the Mirrar, we’re joined by Justin O’Brien, CEO of Gundjeihmi Aboriginal Corporation, whom he has been working closely with for over 20 years. He first connected with the Mirrar people during the successful Jabiluka campaign that saw mining by Energy Resources of Australia (ERA) stopped and the site put into care and maintenance with Traditional Owner veto powers since 2005.  Mirrar that have long opposed the mine and believed that their wishes were being respected were shocked to have the spectre of mining at Jabiluka raised again in recent weeks.

AUKUS - perspectives from the US, UK and Australia