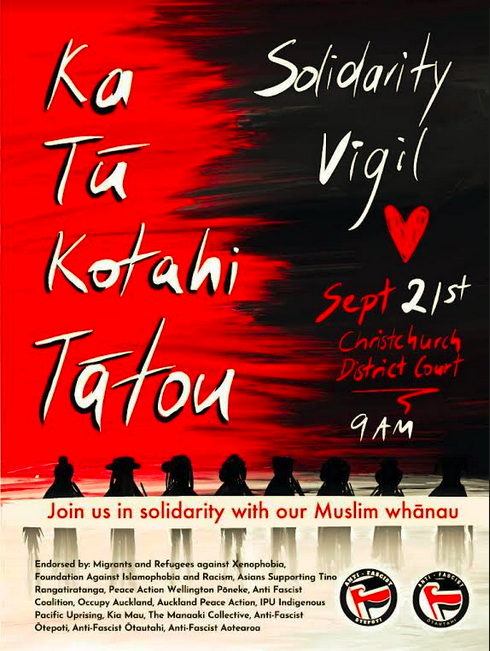 In this show, I take you onto the streets of Ōtautahi Christchurch in Aotearoa New Zealand, to join in a protest against white supremacy and the far right. Christchurch, of course, has became a name synonymous with the terrorist attacks on two mosques where a far right white supremist murdered 51 muslim people who were gathered for Friday prayers on March 15, 2019.

Three and a half years later and the far right movement has morphed to incorporate covid conspiracy theories and embrace protests against vaccinations and public health mandates.

Two prominent proponents of far right conspiracy theories were in court on Wednesday 21 September, after they were arrested for sharing footage of the March 15 massacres on their media platform “Counterspin media”, claiming that the terrorist attacks were a hoax. A group of protesters were outside the courts to support the counterspin defendants, and so a vigil in support of the Muslim community was organised to oppose the far right, called “Ka Tū Kotahi Tātou”.

Working towards a world without nukes: the Kiribati perspective