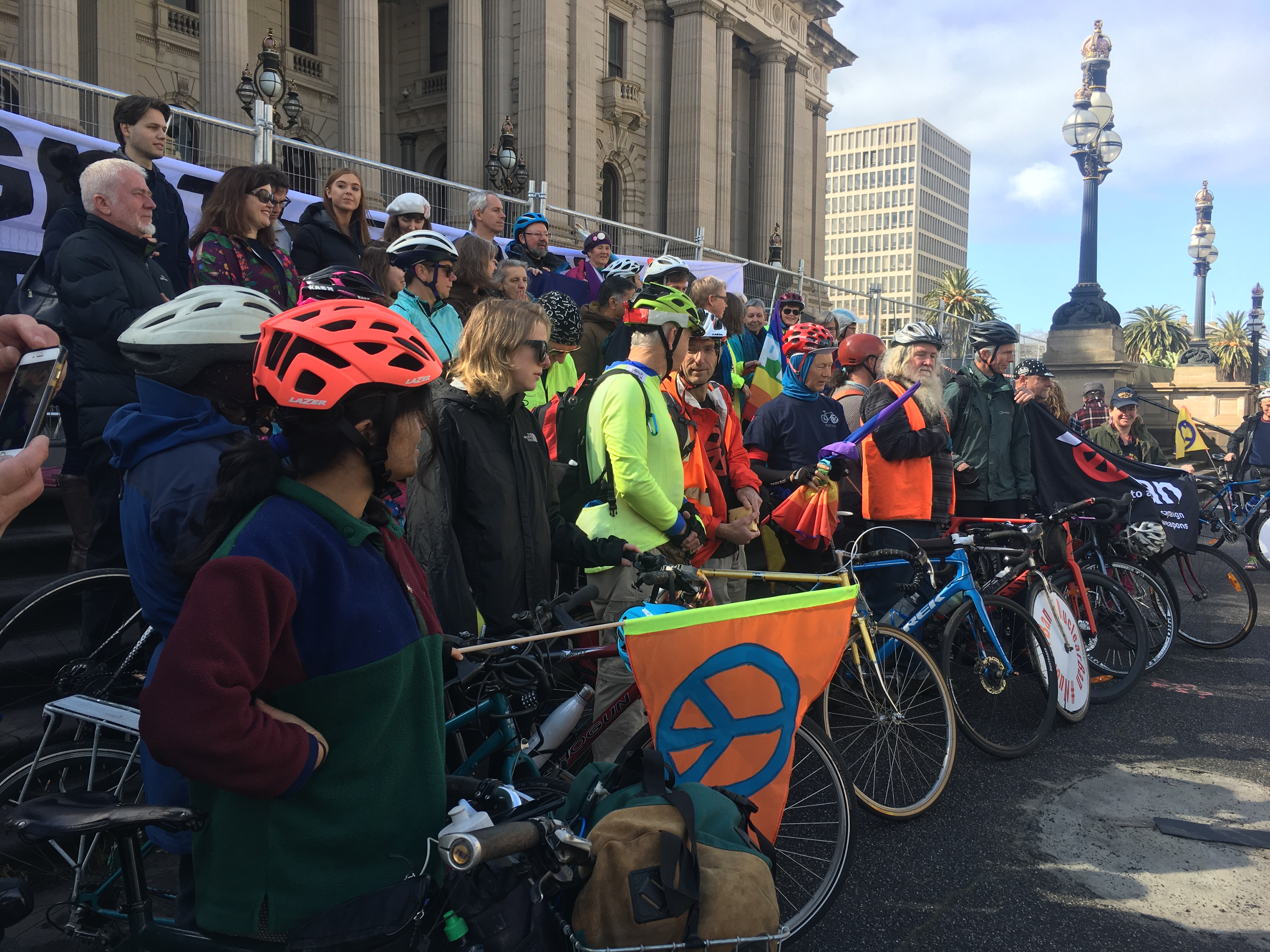 On Sunday 2nd September about 100 people gathered at Victorian parliament to send off a group of cyclists travelling to Canberra as a part of the ICAN Nobel Peace ride. ICAN is of course the international Campaign to Abolish Nuclear Weapons, an organisation that began in Melbourne just over 10 years ago and who, less than a year ago, won the Nobel Peace prize for their work towards a nuclear weapon free world. The timing and destination of the ride is deliberate. It is just over a year since ICAN, NGOs and hundreds of countries created a treaty to ban nuclear weapons, yet Australia has still not signed on. Hear from speakers at the event- ALP MP Andrew Giles, Greens Senator Janet Rice, Jeannie Rae of the NTEU, Lucy Turton of Disarm Unis, Marcus Yip of ICAN, and MC Dave Sweeney. Songs featured are the peace choir.