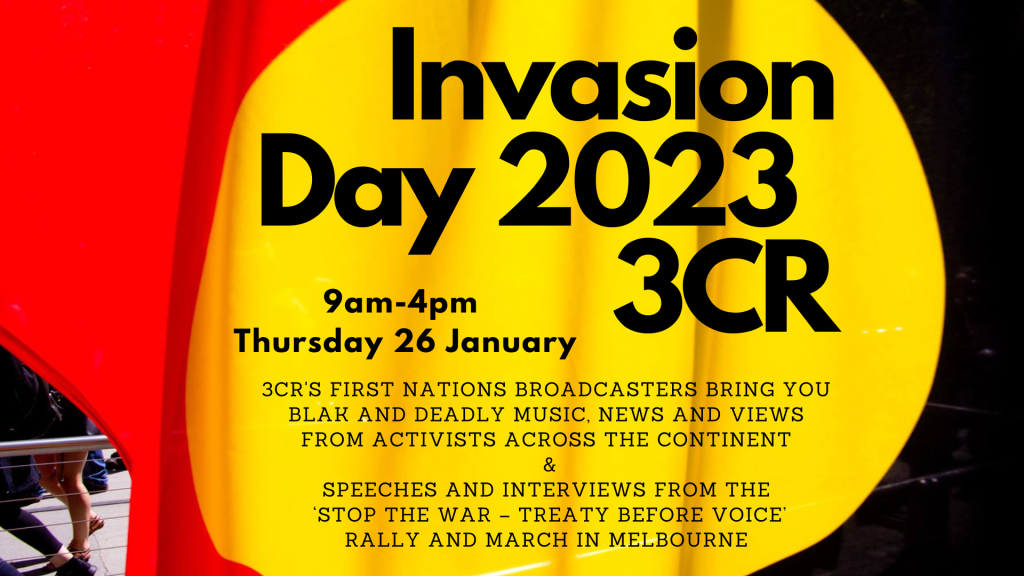 9am Tony Green (Strong Spirit) and Talgium 'Chocko' Edwards (Balam Waa) introduce the broadcast and chat with organisers at events in other cities.

10.30am Robbie Thorpe (Bunjil's Fire, The Black Block & Blak n Deadly) and Tash Norris (Beyond the Bars) join live from the ‘Stop the War – Treaty before Voice' rally and march in Melbourne.

11am We bring you the speeches plus interviews and vox pops from the march through Melbourne CBD.

For more information and to listen back after the broadcast click here.