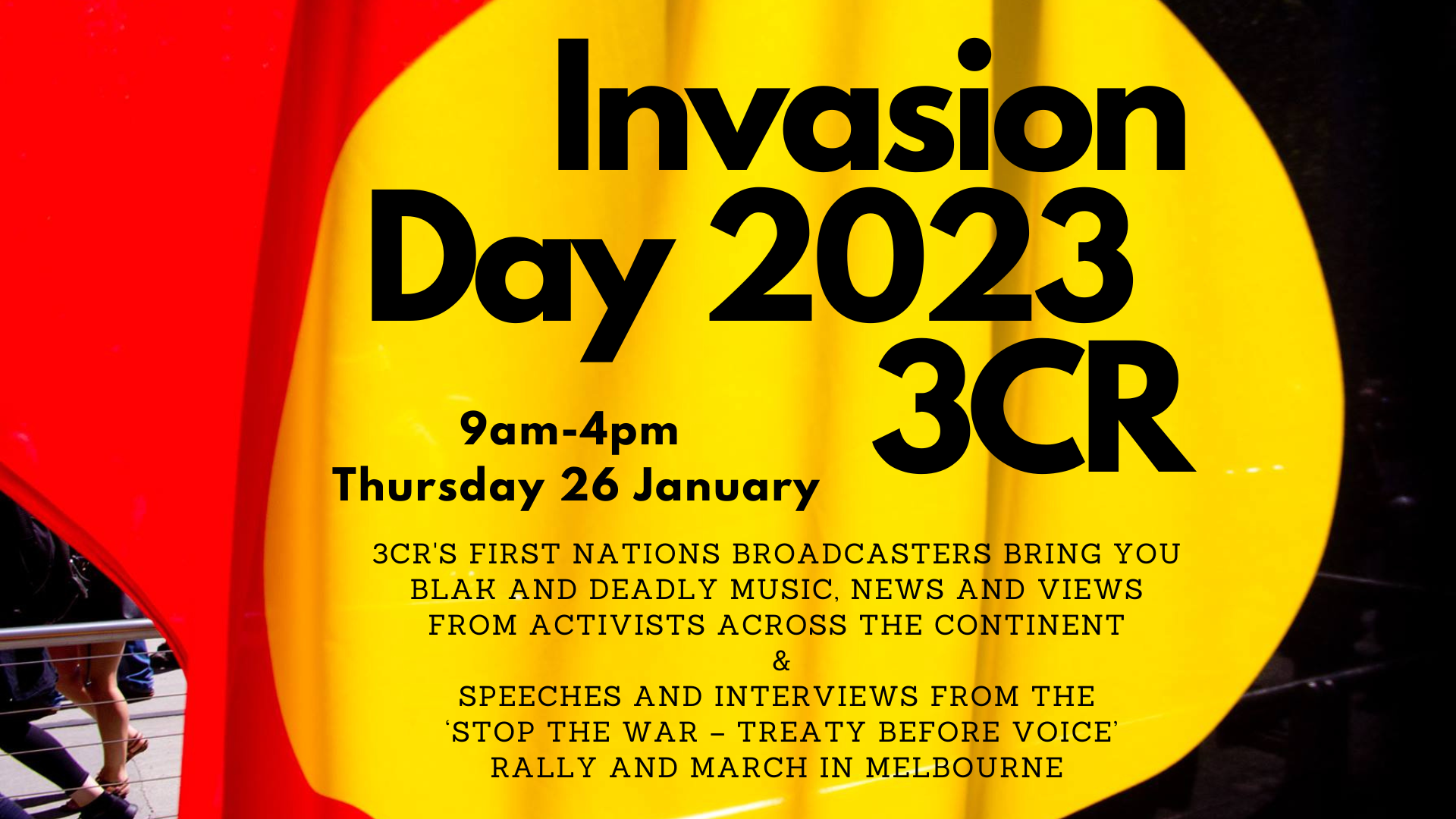 26 January signifies the beginning of invasion, colonisation, and displacement, and the start of a powerful movement of First Nations resistance and protest that is ongoing to this day. 3CR's First Nations broadcast team will be bringing you Blak and deadly music, and the voices of grassroots activists across the continent. Discussing genocide, sovereignty, treaty, pay the rent, deaths in custody, truth and justice, and the lore of the land…

7am Thursday Breakfast presents all First Nations interviewees as they bring you the regular morning mix of current affairs, media analysis & alternative news.

8.30am Lost in Science brings you an interview about Emu Sky, an exhibition curated by Barkandji woman Zena Cumpston, that explores and illuminates Indigenous perspectives related to science, innovation, plant use, land management and agricultural practice. The physical exhibition was presented at the University of Melbourne in 2022 however the website is still maintained so people can interact with it: https://emusky.culturalcommons.edu.au/exhibition/.

9am Tony Green (Strong Spirit) and Talgium 'Chocko' Edwards (Balam Waa) introduce the broadcast and chat with organisers at events in other cities.

10.30am Robbie Thorpe (Bunjil's Fire, The Black Block & Blak n Deadly) and Tash Norris (Beyond the Bars) join live from the ‘Stop the War – Treaty before Voice' rally and march in Melbourne.

11am We bring you the speeches plus interviews and vox pops from the march through Melbourne CBD. Listen back.

4.30pm Yeah Nah Pasaran! This week we're talking to Boe Spearim. Boe is a Gamilaraay, Kooma and Murrawarri man, radio host and podcaster who lives in Brisbane. Beginning in May 2020, Boe has been producing the Frontier War Stories podcast, which is ‘dedicated to truth-telling about a side of Australia that has been left out of the history books’. With the Warriors of the Aboriginal Resistance and others, Boe is helping to organise Invasion Day rallies this year under the banner of ‘Treaty Before Voice’.

5pm Global Intifada On this Invasion day special we remember Viv Malo one year after her passing, the radical presenter of The Black Block and one of the voices of 3CR's Invasion Day special broadcasts for many years.  We play a show dedicated to Viv produced by Accent of Women and some recording of Viv as well as First Nations music. 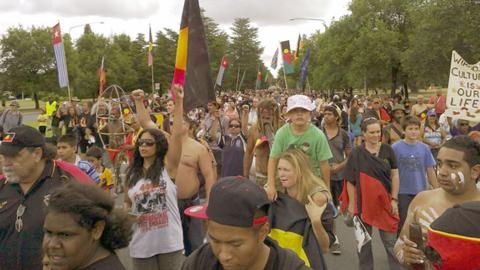 Wednesday
This annual broadcast by 3CR's Indigenous broadcasters marks Australia's Invasion Day. Indigenous activists have broadcast at 3CR from the year 3CR began in1976. Tune in on 26 January each year and hear the truth about Australia's ongoing colonialism and the current campaigns to right past wrongs.

3CR’s First Nations broadcasters will bring you news and views from activists around the country with grassroots politics that you won’t find anywhere else. With Blak and deadly music and timeless audio from our archives in between!

Special programming and live coverage of the Melbourne and interstate events, rallies and concerts on Invasion Day 2021. 'Always was, always will be, Aboriginal land!'