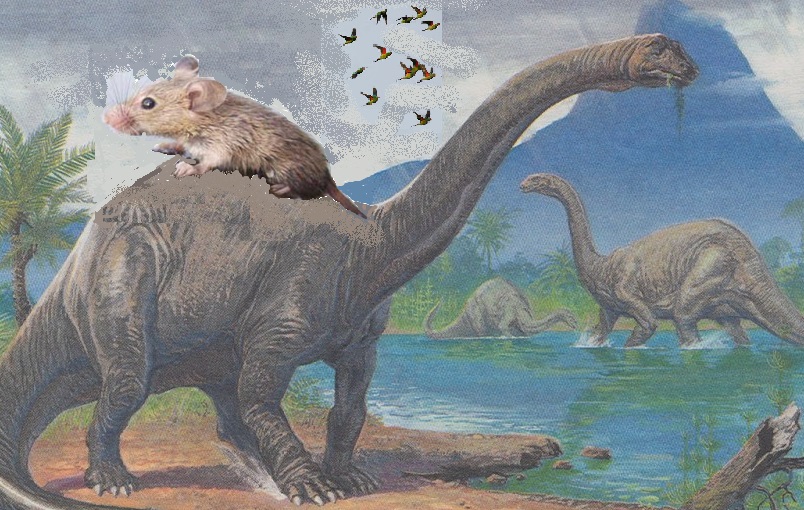 The Brontosaurus is a well known dinosaur, which was soon after discovery relegated to an incorrect synonym: its species had already been described elsewhere and named Apatosaurus. But new evidence suggests that the Brontosaurus is a genuine species of Diplodocid, and is once more recognised as a valid taxon for a real exitinct species.

Mice are certainly not extinct, and while we may have been taught that to be really quiet is to be as quiet as a mouse, but they certainly make enough noise to attract the attention of other mice. Ultrasonic songs inaudible to the human ear vary between mouse breeds, and in certain circumstances. Male mice call to female mice with songs of varying duration and complexity depending how far away they are.

And back to the subject of extinction, Tamsania's Swift Parrot is in danger of being wiped out due to habitat loss in its natural territories. We find out how we can donate directly to a program to help reverse their decline.

The impact of lockdowns, and dodgy covid treatments

The pre-birth song of the masked Lapwing, and the return of the dung beetle!

It's the BS episode, with dung beetles and difficult physicists