WHERE ONCE THERE WAS WATER 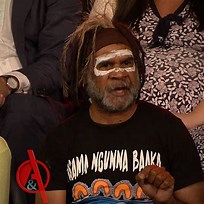 THE CLIMATE ACTION SHOW - WHERE ONCE THERE WAS WATER

TRANSITIONS FILM FESTIVAL : Now online. You can buy a ticket and then you have 72 hours to view the film

REQUIEM was an art event at the Paddington Resrevoir. It was  curated by Janet Laurence during the Sydney Festival.

1. Brittany App - Her film -"Where once there was water" looks at regenerative farming, building soil and the efforts of First Nations people in California to protect their rivers. One group's duty is to speak for the salmon and their quest takes them to New Zealand where they perform ceremonies with Maori water protectors.

Her film is "A story about water. A song for the sacred in all of us. A documentary centered on solutions. Where There Once Was Water takes a look at the driest of places – California and the Southwest USA – and the deepest of spaces – our inner worlds. It presents an invitation to change our perspective and heal our relationship with water … one watershed, one meal, one raindrop, at a time."

In 2019 Bruce took a convoy of city people to sit with the elders and meet the people of the Darling/baaka river. He invites us to develop a kinship with mother nature.

Climate change seems to have made many people  more receptive to indigenous knowledge or is this a mirage?

Climate action  means more than stopping coal and gas. It's about restoring water to the flood plains, rehydrating the soil and the plants which provide shelter.

Much easier than reversing climate change would be preventing the water theft and mismanagement ;the speculation in water and hoarding  in privatre dams. This is a haunting talk inside an old water reservoir. Bruce told us not to worry about politicians. We must first get together and connect with the river and the land.We can all take action. His next Corroboree Tour will happen later this year and he expects thousands.

Kado Muir talks about the completely different relationship first nations people have with the land. It's about kinship. Climate repair will be strengthened by engaging much more with traditional owners and remaking the provisions of native title law.

"The recent destruction of a First Nations heritage site of extraordinary historical and cultural significance in Western Australia has shone a major spotlight on a contentious and lawful practice. Over 50% of Australia’s land and sea mass is held under indigenous land title, with many Indigenous communities providing vital ecological and climate mitigation services to the benefit of the nation. Yet the ability for First Nations communities to continue to protect country and contribute substantially to Australia’s climate emergency response remains heavily restricted. What legal reform and investment is needed to properly support Indigenous landholders to respectfully manage country and forge real opportunities for urgent climate repair?"

WHERE ONCE THERE WAS WATER