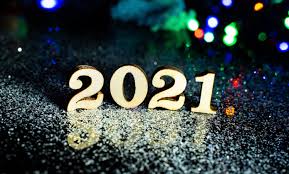 It will take years for the dust kicked up in 2020 to settle - for this show we will be looking forward at some of the most recent developments that are most likely to carry forward into Australia's future.

We will be speaking with Zali Steggall the ex-Olympic skier and Warringah Independent MP who put forward the Climate bill earlier this month in an attempt to bring Australia to zero emissions by 2050.

We will also be speaking with Reneweconomy's editor Giles Parkinson about Australia's potential as a renewable energy superpower - is this idea still relevant in a post COVID Australia?

We will also be talking with Equity Generation Lawyers' partner David Barnden - who has been working on three major cases that could change how the courts consider climate law. David's most recent case that won worldwide attention was that of Mark McVeigh against 57 billion super fund REST for not considering climate risks into their investment. Incredibly REST settled out of court. We speak with David about what this and other cases could mean for climate law in this country.

MALAYSIA,TORRES STRAIT and THE FESTIVAL OF LOVE AND RAGE