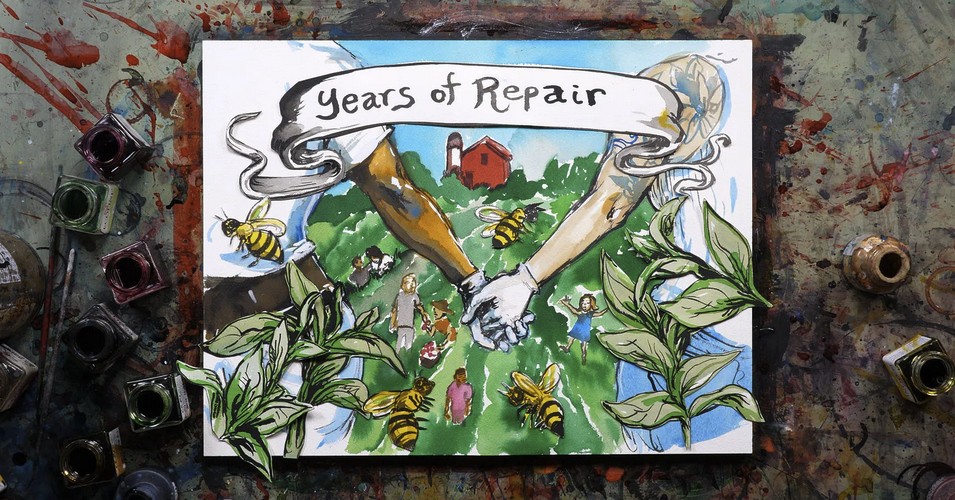 Michael Lord - Research Lead at Beyond Zero Emissions on The Manufacturing  Jobs for the Years of Repair.

Annie Leonard - Greenpeace USA - On changing the narrative of scarcity and weakness in the face of the repairs needed now.

A short film by Avi Lewis

The webinar : Utopia from the ashes: The years of repair

Headlines this week warn "Australia could be isolated over climate inaction after Biden Victory". Can our big parties learn that "Unity and ambitious climate policy CAN win elections"?

We talk to Greens Senator Janet Rice who  saw a" landslide for democracy " and a "win against white supremacy and authoritariansm". She says it's a " win for science and the global fight against the climate emergency". It's a win for women and LGBTQI citizens , unions and civil rights groups who have been organising all through the pandemic.

One of those groups is from Canada. The Leap has been conducting webinars on the Green New deal, linking people across all the civic and environmental groups and creating allies. We hear two talks from their recent Webinar called "Utopia from the Ashes: the Age of Repair".  Practical people like Cathy Kennedy talks about how nurses in many countries need protection. They are want to help the climate refugees fleeing famine and drought but see the inadequacies of their backup. As a professional association they also see the damage privatisation and insecure work conditions do to frontline workers.

Annie Leonard is now CEO of Greenpeace USA. She was in Melbourne a few years ago for the SLF showing her film The story of stuff. She says we need to repair our civic muscle. If we remember how strong we can be together we will challenge the voices that say we cannot afford the transition away from fossil fuels and industrial  agriculture. For her the once in a lifetime infusion of money for COVID Economic recovery must be spent on the sort of society which will help us survive. "No public money must be spent on   an industry that is both deadly and dying"

Michael Lord from Beyond Zero Emissions has seen how new ideas can work fast. When he wrote "Rethinking cement" he was surprised how ready to decarbonise that industry was.He has been a witness to industrial transformations that are under many people's radar. The only pity is that the speed and scale are missing. When Industry pivots to fight a war or to rebuild afterward ,as with the Marshall Plan, no one says "Oh we will wait until the price goes down, or we can't afford to do this".

Michael has over 600 innovative projects on his data base. Renewable Energy precincts will put some of them on the fast track to open up new manufacturing in regional areas.

With access to low fixed cost wind and solar power we can export zero emissions steel, green aluminium, renewable hydrogen and many new products which are part of the circular economy and have low embeded emissions.

Manufacturing for decarbonisation – making equipment for the Australian and global transition to a zero-carbon economy, such as wind turbines, batteries and electric buses.

In support of the Zalli Steggall Climate Change Bill 2020 , Many Companies like Atlassian, Patagonia and Nexport plus ACTU, ETU, BCCA and AMA signed a  letter requesting the parliament to debate this bill. The reasons are explained in this article by Anna Malos, ClimateWorks Australia

"The International Energy Agency said in its annual report that demand for Australian thermal coal has peaked, and renewables will meet 80% of the world’s energy demands in the coming years.

That means the vast majority of Australia’s exports are going to trading partners who have committed to transform their economies.

This will result in a shift in demand from high-carbon products and services, such as thermal coal, towards zero or near zero carbon alternatives, such as renewable hydrogen"

MALAYSIA,TORRES STRAIT and THE FESTIVAL OF LOVE AND RAGE