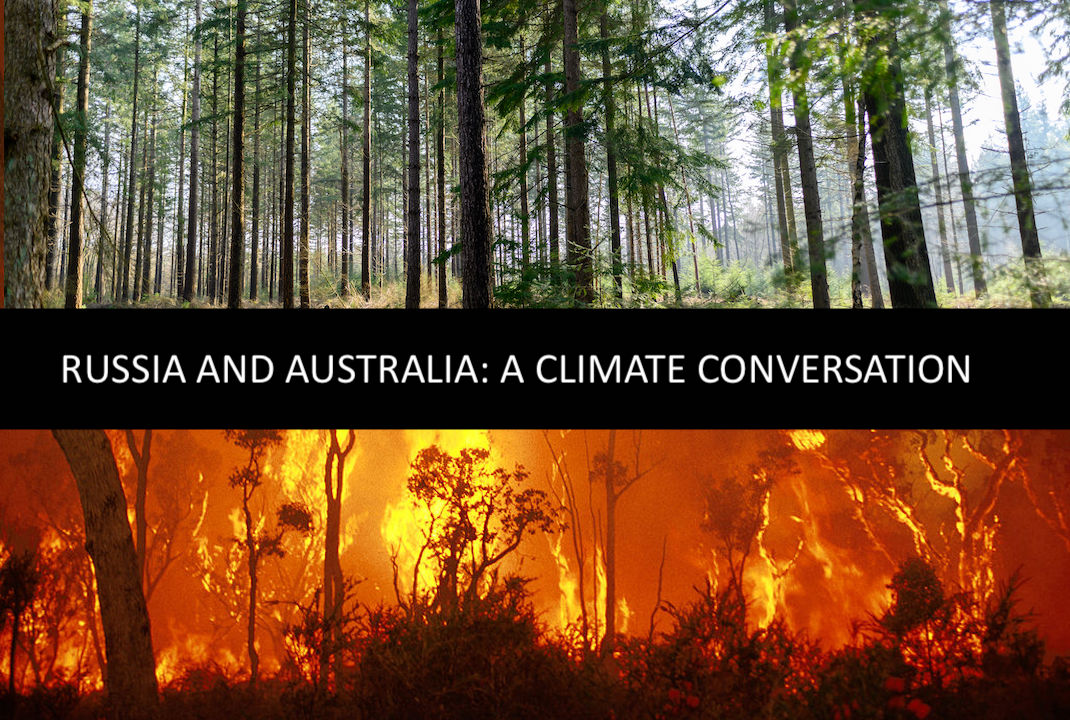 In this episode, James joins with Russian environmental journalist Angelina Davydova to host a conversation about Russia, Australia and climate change. Both countries have recently seen extreme summers, and people are increasingly awakening to the impacts of climate change. We also share large fossil fuel export industries, and governments recalcitrant to act. Featuring:

Angelina Davydova - Angelina is the director of the NGO Office of Environmental Information (based in St. Petersburg, Russia), which works in the area of cooperation between Russia and other countries in the climate and environmental sectors. She is also one of the leading climate journalists in Russia, regularly contributing to Russian and international media. She also teaches at a number of universities in Russia.

Dr Alexey Kokorin - Dr. Kokorin is Director of Climate and Energy Program of the WWF – Russia. He served for the World Wide Fund for Nature from 2000. From 1984 to 1999, Dr. Kokorin worked in the Institute of Global Climate and Ecology of Russian Hydrometeorology Agency and Academy of Science including as Leading Scientist (1997-1999). In 2007, he was awarded by Nobel Peace Prize in large group of authors of the IPCC reports.

Professor Will Steffen - Professor Steffen is Emeritus Professor at the Fenner School of Environment & Society at ANU. He has a long history in international global change research, serving from 1998 to 2004 as Executive Director of the International Geosphere-Biosphere Programme (IGBP), based in Stockholm, Sweden, and before that as Executive Officer of IGBP's Global Change and Terrestrial Ecosystems project. Will was the Inaugural Director of the ANU Climate Change Institute, from 2008-2012. Prior to that, he was Director of the ANU Fenner School of Environment and Society. From 2004 to 2011 he served as science adviser to the Australian Government Department of Climate Change. He is currently a Climate Councillor with the Climate Council.

ONCE YOU KNOW - film makers