Climate Scientist Dr Joelle Gergis in her article "Witnessing the Unthinkable" says "We have arrived at a point in human history that I think of as the great unravelling". She is a lead author  with the U.N. and she talks about the emotional toll on scientists who seem to be unheard. When the Great Barrier Reef scientist Terry Hughs dived down to see the coral he felt like an Art Lover.."wandering through the Louvre as it burns to the ground". Dr Gergis asks. "Is this the end of fossil fuels or the end of life as we know it?" https://www.themonthly.com.au/issue/2020/july/1593525600/jo-lle-gergis/witnessing-unthinkable#mtr

To dramatise this fork in the road, we bring you the experience of Kangaroo Island residents including beekeepers who saw the world's oldest bee sanctuary decimated by wildfire.

By contrast the energy minister of S.A speaks franakly about having to curtail the energy generated by solar roof owners. Apparently the grid cananot cope and he wants us to hasten slowly to the great consternation of Smart Energy Council industry members who see job losses ahead in this difficult time.

Meanwhile in WA they are promoting battery manufacturing rather than just exporting the lithium. They have a separate grid from the eastern states and are planning to export hydrogen in great quantities.

Another fork in the road. There is demand from Japan and S.Korea for Blue Hydrogen made from gas, but with emissions in mind we need to drive down the cost of renewable hydrogen so WA can export the 30 gigawatts it intends to, which is far more than the other states.

There were 1000+ industry and climate action witnesses to this frank discussion of how each state is creating policies in the absence of a National Plan for Energy Transition. The chat box went wild with reminders that there is no budget left for fossil fuels and Blue Hydrogen is just "Fossil Fuel Industry Spin". It would be hard for the ministers to miss that they cannot have an energy discussion divorced from the need to decarbonise.

Shane Rattenbury, ACT Energy Minister feared that the Federal Government would embed more gas in our energy system. This is another fork in the road as COVID recovery money flows to new projects. He said if we get more gas "They will fight like hell to protect their investments and they will influence government as other vested interests have done before"

BREAKING NEWS came as I completed this prerecorded show. THE PREMATURE DEATH OF COAL......IEEFA's Tim Buckley says "It's happening sooner than we expected": Examples:

Adani Australia's parent company has confirmed it's moving away from thermal coal mining. It's no longer a focus for the growth oriented business. Gautam Adani said earlier in 2020 that low cost domestic clean solar is far more attractive.

Glencore.  After reporting a collapse in earnings Glencore is temporarily shutting 9 Hunter Valley coal mines while the situation with its 6 Qld coal mines is unclear.

Moody's analyst says    "The longer the pandemic plays out, the more early retirements (of coal firedplants) and the permanent demand destruction from coal we'll see"

2. Bushfire donations from PNG to Bega Valley Community
Following last week's EDEN MONARO story we heard that the people of LAE in papua New Guinea sent a donation of $61,000 to fire affected people in Bega Valley. Children went round with wheelbarrows and people on very low incomes threw in Kina. The mayor Sharon Tapscott thanked them for their kindness to devasted communities. 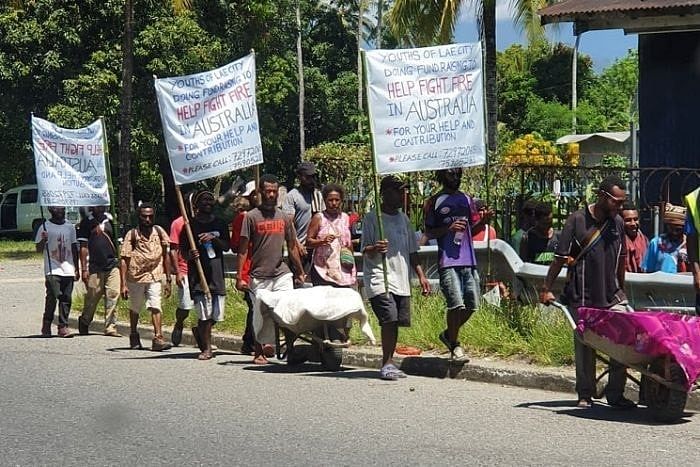 3. ABC TV - Fight for planet A with Craig Reucassel

Three episodes of interactive TV if you look at their tool kit. It's not just lowering your own carbon footprint but getting your municipality to seriously become a ZERO CARBON COMMUNITY.

To find out what your Community emits BZE provides you with this way to get a snapshot of your municipality   https://snapshotclimate.com.au/ Just type in your postcode

To work with your community don't re invent the wheel. Contact Beyond Zero Emissions Zero Carbon Communities and  you will find many have gone before you. Some will be highlighted in the TV show.

Thursday 2:00pm to 3:00pm
Climate change - what's hot and what's not. Find out what is happening in community campaigns around the country, as well as the latest science and the solutions that are available now.