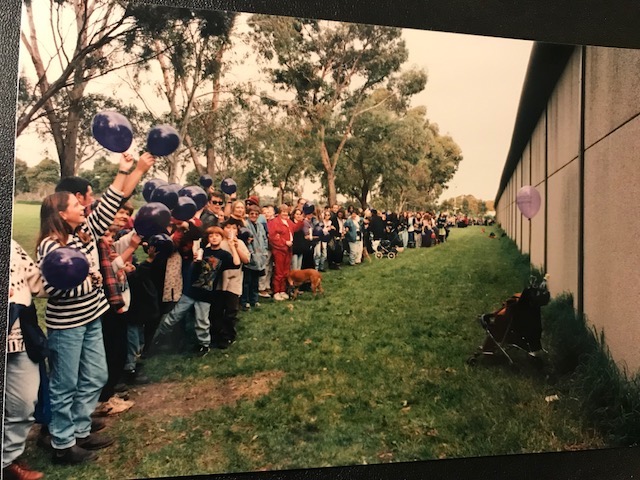 Welcome to Part 3 of the Homes Not Prisons radio series.

Homes Not Prisons is a campaign established in March 2021 to stop the expansion of the maximum-security women’s prison in Melbourne’s western suburbs, the Dame Phyllis Frost Centre (DPFC), and divert the funding in public housing and Aboriginal community controlled housing.

This episode features a radio documentary about the historic ‘Wring Out Fairlea’ protests that took place outside the old Fairlea women’s prison in Yarra Bend Park in 1988, 1992, 1993 and 1996. Fairlea closed in 1996 to make way for a new private prison for women, which would later be renamed DPFC when it was taken into state control in 2000. This episodes highlights the continuities between campaigns waged against the injustices of incarceration in Naarm (Melbourne) three decades ago, to the campaign being waged now, by Homes Not Prisons.

Listen to the previous Episode to hear the perspectives of supporters and organisers of the Homes Not Prisons rally in October 2022.