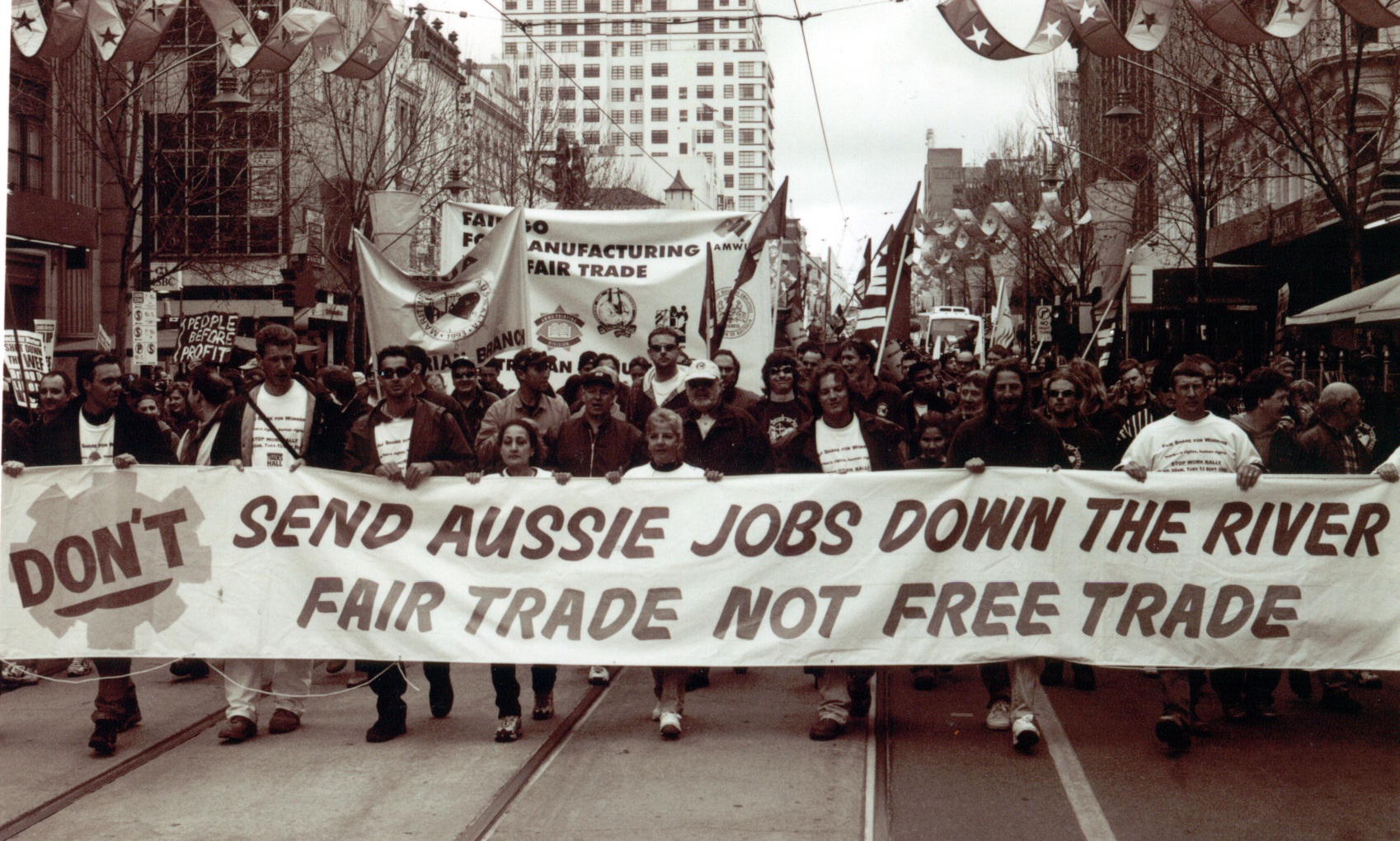 Celebrating 45 years of Friends of the Earth - Anti-capitalist & Trade Union solidarity. FoE is overtly on the left and critiques capitalism and growth based economics. Today's program looks at how FoE's anticapitalist principles have worked to build alliances with the union movement. Presenters: Megan Williams and Em Gayfer. Guests: Dave Kerin (BLF) discusses Green Bans and neoliberalism's attacks on secondary boycotts and solidarity. Cam Walker (FoE) discusses FoE's environmental justice history, forest blockading and worker alliances including the creation of Earthworker. Dimity Hawkins (FoE) talks about how peace has always been core to union work and her involvement in FoE's anti-militarism campaigns against the Gulf War, the successful shut down of the AIDEX arms fair, and the importance of fighting corporate power.