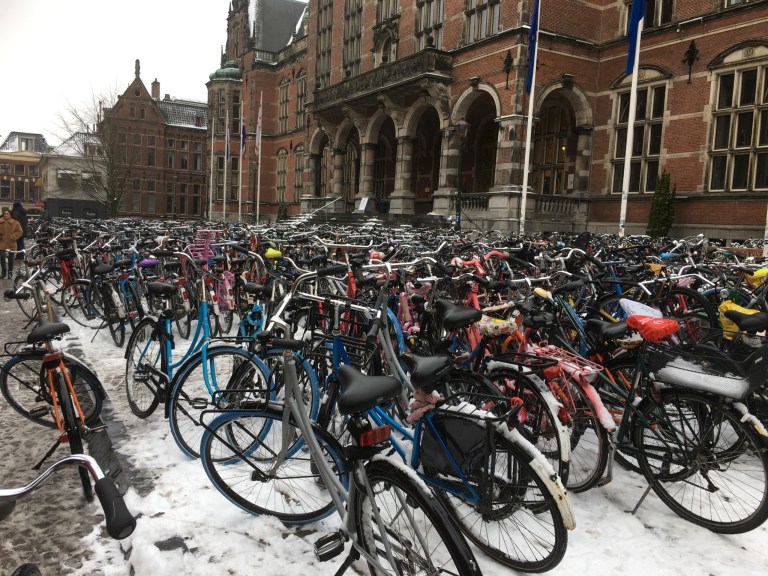 Nicky talks about her start in cycling advocacy in the early 1990s, Unley Bicycle Users Group,  longer cycling routes and differences between urban and regional councils.

1. On NOT Re-inventing the Wheel: As Australia grapples with questions of how to encourage more walking and cycling, Churchill Fellow Jo Cruickshank looked to cities that have already come up with some answers. Jo is a Senior Policy Officer with the Northern Territory Department of Infrastructure, Planning and Logistics. You can find her report at https://www.churchilltrust.com.au/fellows/detail/4218/Josephine+Cruickshank She speaks here about what she learned from European cities that have wholeheartedly embraced cyclists.

Nicky talks about the importance of community radio and how to keep Radio Adelaide on air by donating to their campaign to raise $50,000 by 10 January 2020.

2. Making the Bike Economy Work: Anyone lucky enough to travel in developing countries knows the extraordinary loads that a single bike can carry. Daniels Langeberg has been running a successful business on that basis for some years now. He started with his electric tricycle taxi fleet bearing the company name, EcoCaddy. He’s making it work, not only in the relatively small Adelaide market but now in Melbourne too.

We're having a Easter break!