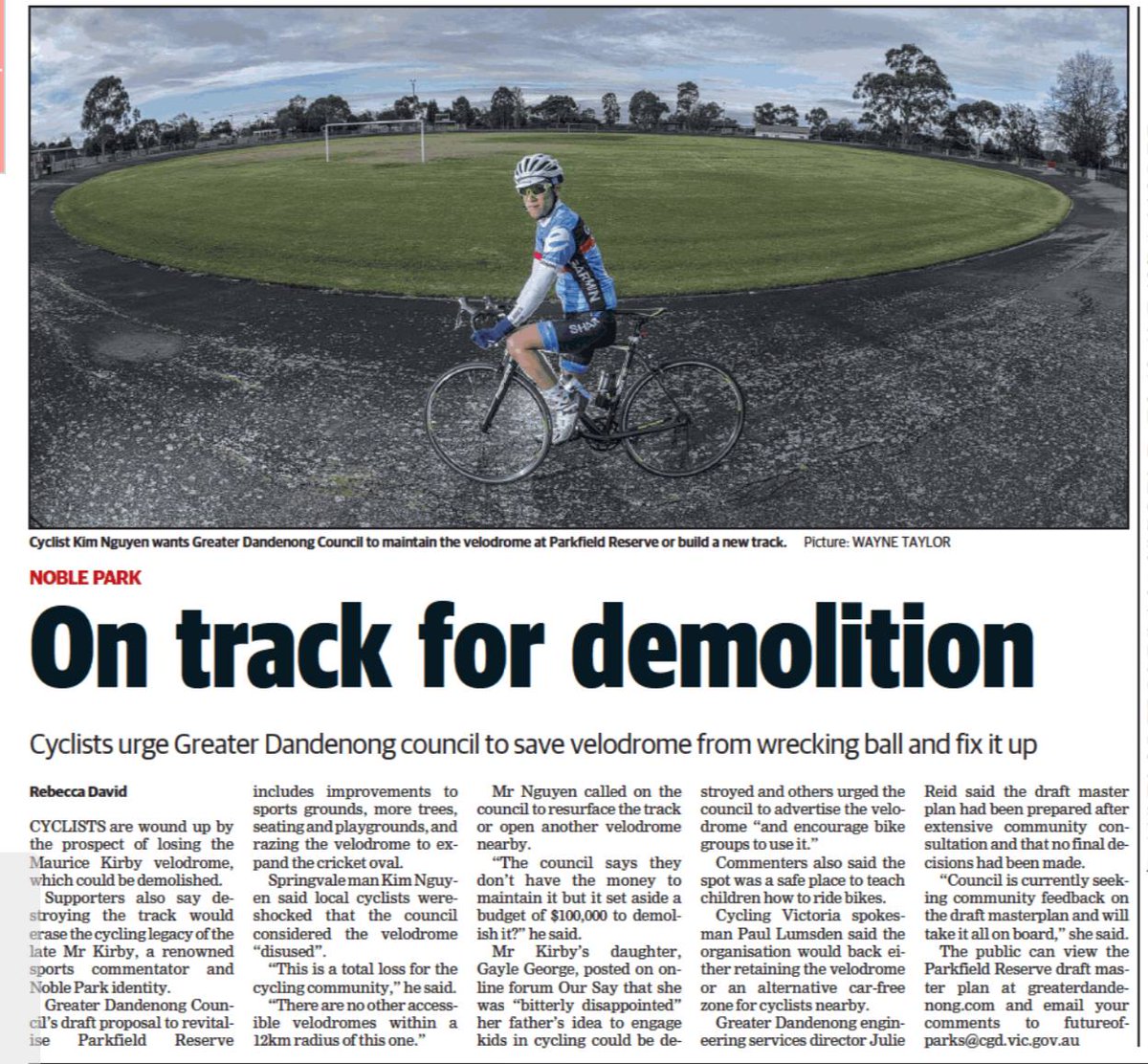 On this weeks program Chris interviews Kim Nguyen, a resident in Melbourne's south-east about discovering a Noble Park velodrome with a big history.

Kim talks about discovering a hidden cycling gem, the historic Maurice Kirby velodrome, earlier this year, only to find out literally by chance, that the entire area is slated for demolition by City of Greater Dandenong. This is the only velodrome remaining in the region and the council have no plans to resurface, rebuild or replace the historic venue.

We talk about who was Maurice Kirby, his Nobel Park bicycle shop, Pedal Clubs of Victoria, his long career as a sports broadcaster on 3XY and Channel Nine, velodrome construction in 1954-1955 and it's gradual disappearance from local wayfinding.

Kim discusses how people can get involved with his campaign to save the Maurice Kirby velodrome, including contacting him about any stories about learning to ride or using the velodrome to train and also sending questions to the Greater Dandenong Council to ask at their general meetings.