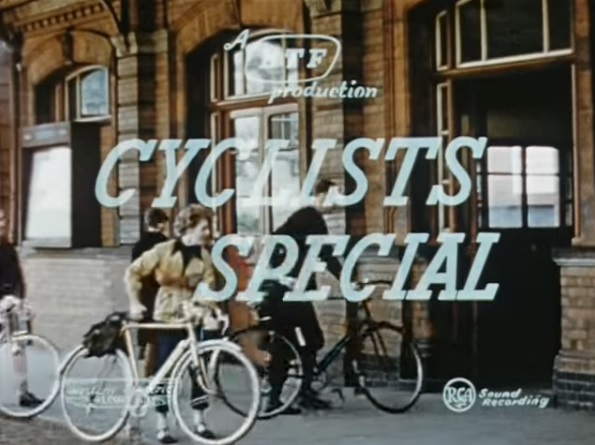 On todays program, lets attempt to avoid daily dystopia and return to 1955 with the Cycling Touring Club (now Cycling UK), on grand day out by train, and listen to some much-needed common sense about joined up transport, which was far more advanced in 1955 than now!

If you're interested in cycle touring, why not consider getting involved with Wrenchworthy Bike Shed in Thornbury, the Melbourne Bicycle Touring Club or even plan your own trip with friends over summer.

Local news includes Julianne Bell, who died last Friday, who was a regular guest on 3CR, force behind Protectors of Public Lands, Save Royal Park and formidable opponent against East West Link, the resignation that bête noire of bicycle riders, Duncan Gay as NSW Transport Minister, first Yarra Bicycle Advocacy Committee Meeting for 2017 (8 February) and the launch of Cycling Without Age in Victoria (31 January) at Fairway Hostel, Sandingham.

Talking to Rachel about ecargo bikes, building community and Lug+Carrie