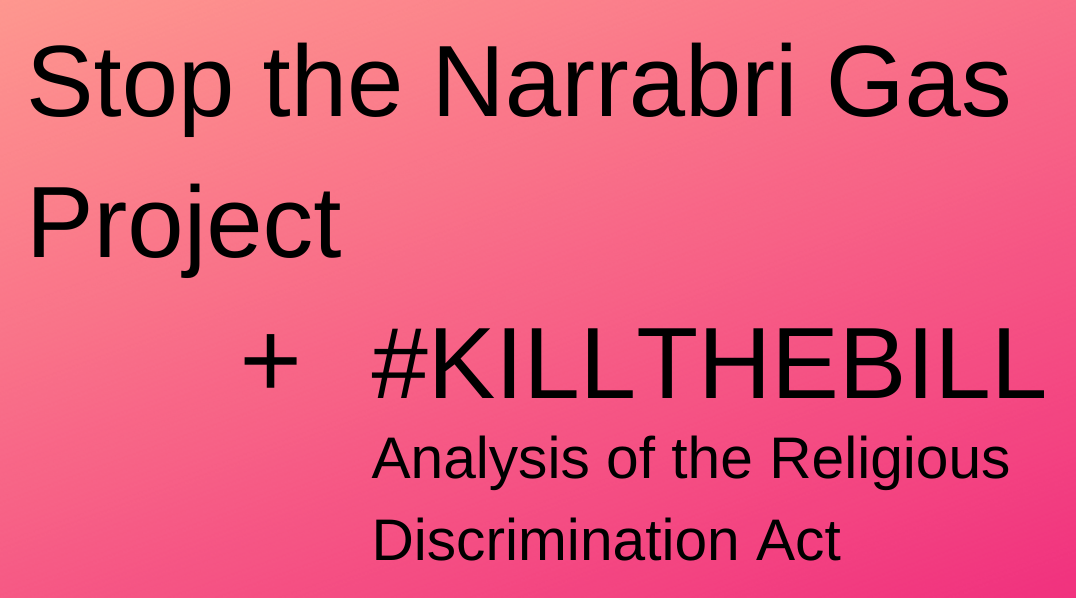 This week on the program we cover two important topics which have seen some significant development in the last week.

First, we speak with two Gomeroi yinarr, Aunty Polly Cutmore and Traditional Custodian Karra Kinchela, about the fight to stop Santos’ Narrabri Gas Project, near Moree in North West NSW. 850 gas wells are proposed for the area, and court hearings are underway.

Then we hear from Charlie and Evan from Pride in Protest in Warrang Sydney, about the previously proposed Religious Discrimination Act.

Last week was a big week, and after some significant wrangling and subsequent trauma for the LGBTIQA+ community the Act has now been withdrawn by the Coalition. While we spoke before the legislation was withdrawn, Charlie and Evan provide an analysis about the forces at play behind the bill that's still very relevant.

You can connect with Pride in Protest at the social pages below: