50 years of the Aboriginal Tent Embassy 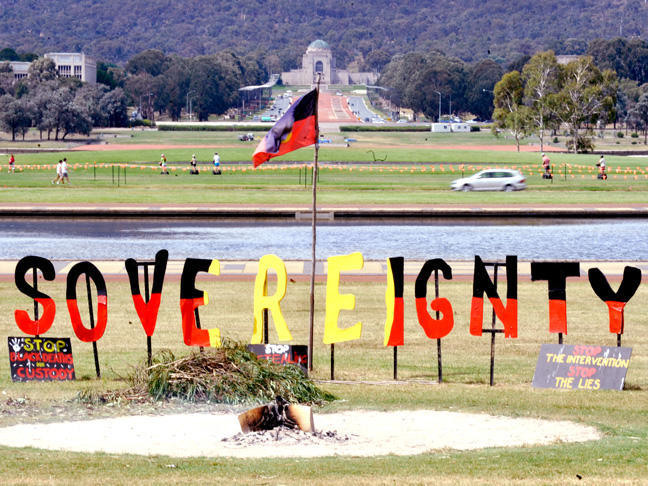 The Aboriginal Tent Embassy was founded 50 years ago on Invasion day, January 26, in 1972. It is the world's longest ongoing protest camp.

In this episode, we air some archival audio from 1992 on the 20-year anniversary and from 2012 on the 40-year anniversary. We hear the voice of Dr Roberta ‘Bobbi’ Sykes, an excerpt of an interview with the late Aunty Pat Eatock from 3CR’s coverage of 2012 Embassy’s 40th anniversary, and 'The Dispossessed' a poem presented by the late Aunty Oodgeroo Noonuccal.

Afterwards, we hear part of a conversation, first published on Instagram Live, on the Embassy's history and reflections on the misinformation circulating around recent events at the Old Parliament House in Canberra. The conversation is between Wiradjuri poet and podcaster Lorna Munro, who lives on Gadigal lands, and Ngambri woman Leah House. Lorna has worked on podcasting about gentrification, colonisation and unpacking the colonial playbook in many formats, including the Survival Guide series for Radio Skid Row.

To find out more about the Aboriginal Tent Embassy visit www.atesovereignty.com.au. The embassy has a fundraiser to help support the preparation in the lead up to Invasion Day 2022: https://chuffed.org/project/aboriginal-tent-embassy-anniversary.

Aboriginal and Torres Strait Islander listeners are advised that this program contains the voices of people who are deceased.

Consumption, Wellness, and the Far-Right

Stop the Expansion of the Dame Phyllis Frost Centre

Housing is a human right