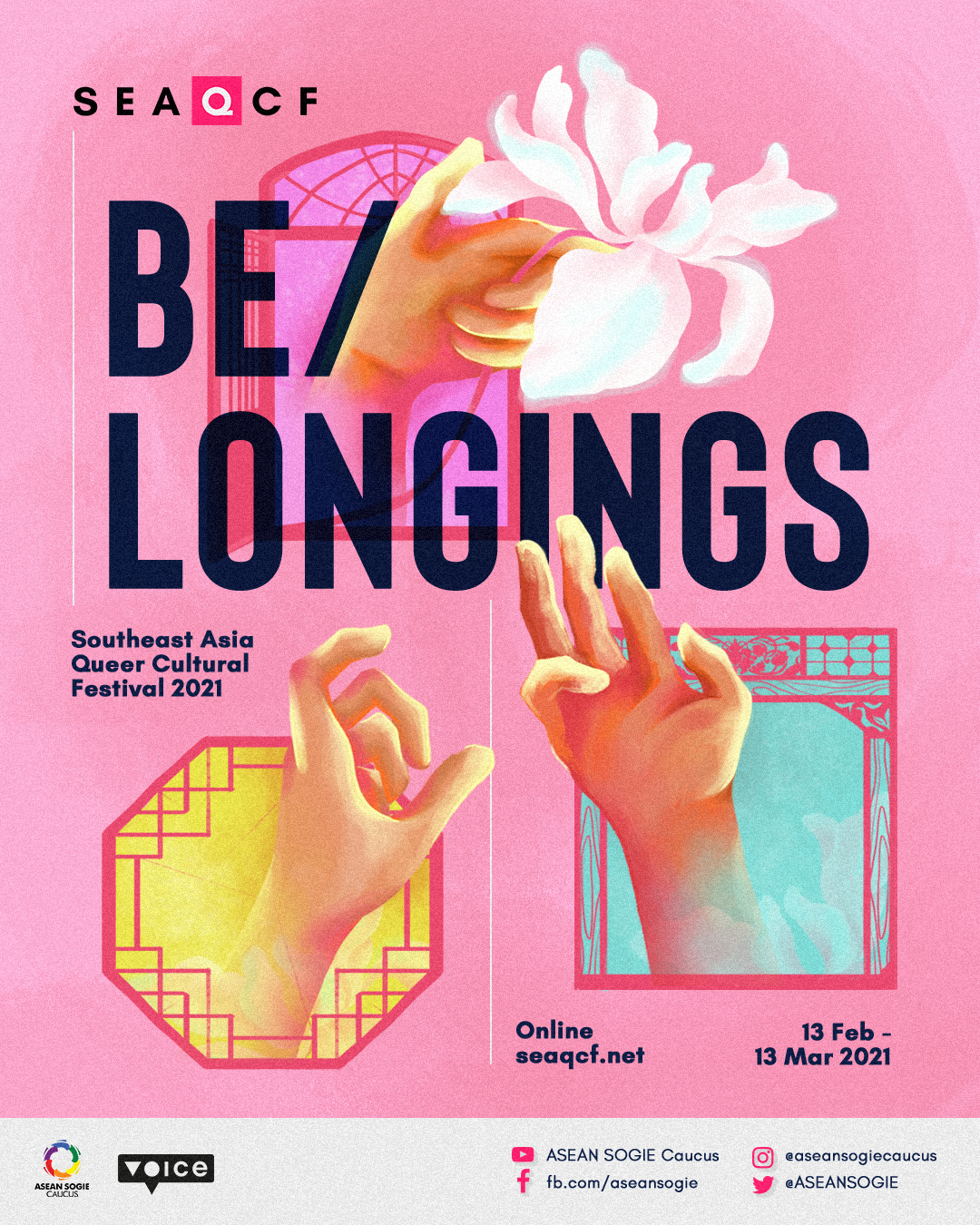 This week on the program we pay a visit to the South East Asia Queer Cultural Festival (SEACQF), running completely online from February 13 to March 13.

SEACQF has been put together to bridge the gap between activism and art, and to assert local, anti-colonial LGBTIQ+ identities in the region at a time when many LGBTIQ+ communities in South East Asia are facing increased repression.

We travel to the Philippines and Indonesia to speak with Festival Coordinator Ivanka Custodio, and Lini Zurlia, Advocacy and Comms Officer for the ASEAN SOGIE Caucus, about the festival theme 'Be/Longings' and the work of over 40 queer south east asian artists, activists and allies included in the festival.

The films, literary anthologies, visual art, music, drag, queer archives, performance art and comedy from across the region included in SEAQCF can all be viewed online for the duration of the festival.

To support the ASEAN SOGIE Caucus (Southeast Asia Sexual Orientation, Gender Identity and Expression Caucus) and their work in putting on the festival you can click here.

Veronica Gorrie on her debut book "Black and Blue," Kristin O'Connell on the cashless debit card and the end of JobKeeper

In community and out of prisons