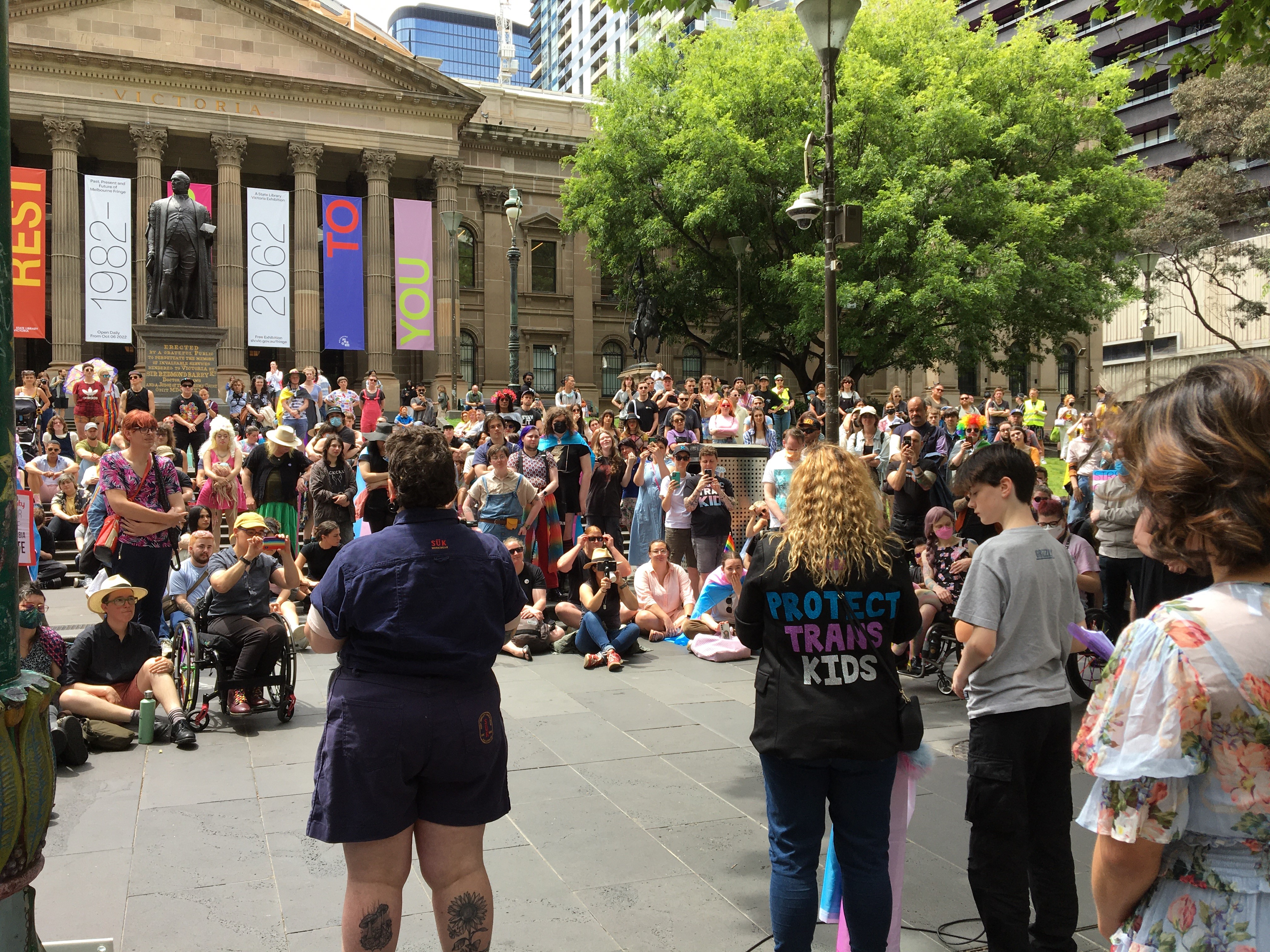 Trans Pride March Melbourne was held on Sunday 13 November started outside the State Library of Victoria and marched through the city to finish on the steps of Victorian Parliament.  Founded by Rebeckah Loveday, Sasja Sÿdek and Miss Katalyna the first ever Trans Pride March was held for 'highlighting Trans visibility like never before by uplifting voices in our community and to continuously pass the mic.'