Saturday 2:00pm to 3:00pm
Swing and Jazz music with a mix of old and new, as well as a touch of Latin American. Different guests every week including both music buffs and performers. Occasional live concerts. 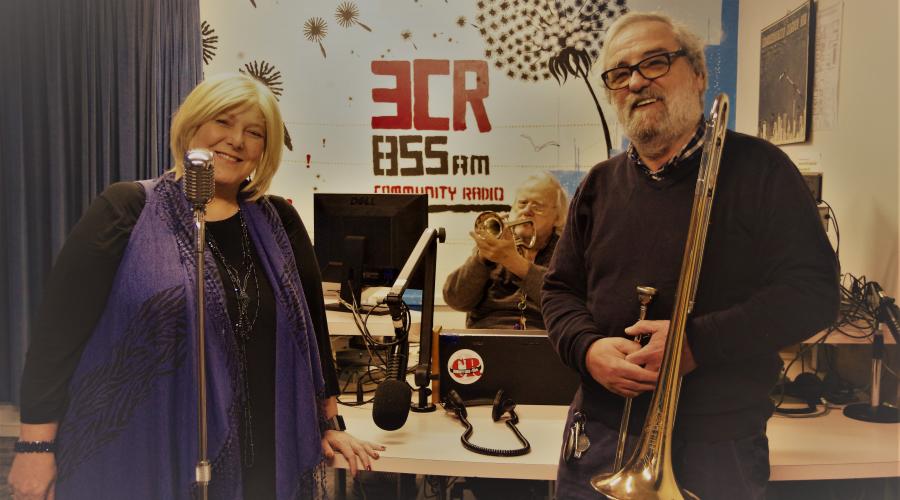 Swing and Jazz music with a mix of old and new, as well as a touch of Latin American. Different guests every week including both music buffs and performers, with occasional live concerts.

Presented by Tim Harding and Anita Harris, with the occasional guest host just for fun.

Tim Harding – Tim Harding is a former leader, arranger and trombonist with the Australian Cotton Club Orchestra. He has recorded four Swing CD albums -       three on the Warner label, and one on his own Yandoo label. He has been one of the regular presenters of the Swing ‘n Sway program for over 20 years,   selecting from his large collection of jazz and swing recordings which he began as a teenager.

Anita Harris – Melbourne based jazz vocalist Anita Harris has been on the Australian jazz Scene for more than two decades. She has a large repertoire of jazz   gems, four albums available on the Newmarket label and some of Melbourne’s finest musicians on hand to work by her side. She joined the Swing ‘n’ Sway team   in 2018 to share her love of swing, jazz and Latin and to maybe learn a thing or two.

In 2020 we farewelled long-time regular presenter of Swing ‘n’ Sway and his own long-running program, Steam Radio, Ralph Knight. Ralph contributed to 3CR both on air and off for decades, initially lending his considerable technical expertise, constructing transmitters and studio building then later becoming an on air personality. Always remembered, and with us in spirit.