It's Not the Money (or Wages!) Honey, with Darren Quinn 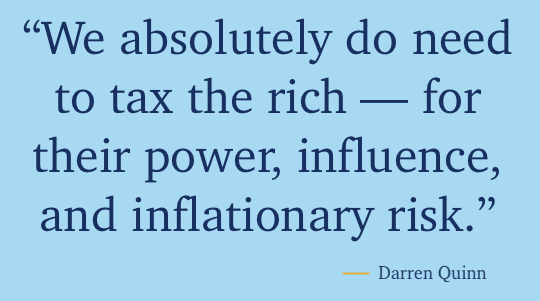 Taking their cue from a blogpost by Professor Bill Mitchell, Anne & Kev dig into the current debate over wage rises and inflation.

Then, Anne speaks with Darren Quinn, who came to macroeconomics as a lay person, and has spent many years on social media educating Australians about how their economy works. Anne & Darren chat about the misunderstandings that often arise for people who are new to Modern Monetary Theory (MMT). Refine your grasp on economics, and find out why you might be mistaken to think:

And the meme about inflation (that probably wont take off): It's not the money, honey. It's the supplies, guys.