This Sunday 19 June from 4-7pm the Pan Afrikan Poets Café broadcasts live from the station at 21 Smith Street, Fitzroy. 'Revelations And Radical Radio' is a 3-hour live-to-air program of spoken word and music featuring new, cutting edge and classic First Nations and Afrikan storytelling and conscious reggae music. 'Revelations And Radical Radio' is hosted by Sista Zai Zanda and Dub Reggae Selector, Third Culture.  This is a unique broadcast and fundraiser for 3CR in celebration of 40 years of Radical Radio.  Robbie Thorpe, Viv Malo and Candy Bowers, amongst others, will feature. Studio audience can buy a $20 ticket on the door (subject to availability) or pre-purchase a $10 ticket online. If you're listening in from home, please make a donation of any amount to 3CR. Audio and bios coming soon. 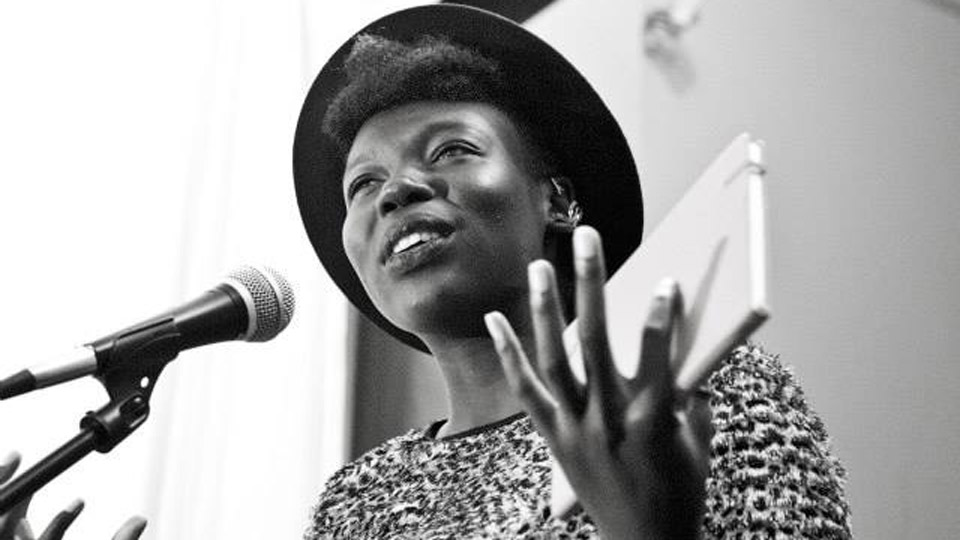 4.00pm PERMISSION TO ENTER COUNTRY: STOLEN LAND AND BLACK SOLIDARITY - A Conversation About The Title "Revelations and Radical Radio" And The Limits and Potentials of Storytelling For enhancing Black Solidarity on stolen land

Amongst the Shona people of Zimbabwe, it is considered uncultured and dangerous to speak on or enter a country without, at the very least, requesting permission to enter from those who belong to the land.   After introducing the panel (Robbie Thorpe, Vivian Malo), we begin our program with the Shona ritual of "kuombera" as an act of solidarity with the Original Nations because Terra Nullius is a legal fiction and a tool of the continuing genocide against the First Nations peoples.

Join Vivian Malo and Robbie Thorpe in conversation with Sista Zai Zanda as they discuss the limits and potentials of storytelling (Revelations) for enhancing Black solidarity on stolen land.  Robbie reads "Pay The Rent" by the legendary Bruce McGuiness, relating his choice of poem back to the title of this unique broadcast ("Revelations and Radical Radio") and the 2016 theme of the Pan Afrikan Poets Cafe ("define yourself for yourself" #DefineYourself4Yourself). Listen Now DUR: 34.31min  (31.61 MB)

4.48pm REVELATIONS PART 1 - BEYOND THE BARS (POETRY AND HISTORY)

Since 2002, 3CR has broadcast live from several Victorian prisons, giving voice to Aboriginal and Torres Strait Islander Inmates incarcerated in Victoria's Prisons.  The "Beyond The Bars" program is held annually during NAIDOC (National Aborigines And Islanders Day Observance Committee) Week.  Join us as we listen to poetry written for and recorded during the Beyond The Bars broadcasts.  We discuss "Revelations and Radical Radio" with reference to storytelling and the Beyond The Bars broadcasts with Juliet Fox, 3CR's Projects Coordinator. Listen now DUR: 13.35min (12.45MB)

Join established and highly acclaimed international performer and writer, Candy B as she presents a 10 minute spoken word set.  Sista Zai then speaks to Candy B about the spoken word piece. Audio coming

Newcomer to the Pan Afrikan Poets Cafe, Anastasia Prempeh reads from original work.  Sista Zai reads from a new, cutting edge or classic text of Afrikan Literature. Third Culture is on the 1s and 2s.

Newcomer to the Pan Afrikan Poets Cafe, Mercy Paramena, reads from original work. Sista Zai reads from a new, cutting edge or classic text of Afrikan Literature. Third Culture is on the 1s and 2s.

6.28pm LAUNCH OF "GOD IS A BLACK WOMBAN" by THIRD ZAI (A SISTA ZAI AND THIRD CULTURE COLLABORATION)

7.00pm END OF THE UNIQUE BROADCAST.